N’Golo Kante will travel to Baku with Chelsea on Monday despite picking up a knee injury over the weekend, reports say.

Chelsea are refusing to give up on Kante featuring in the Europa League final against Arsenal on Wednesday. When Kante pulled up in training on Saturday, the initial fears were the midfielder had zero chance of playing in the final.


But the Guardian claim Kante will board the plane to Baku after treatment over the weekend.

Kante twisted his knee during a challenge and has only just recovered from a hamstring issue he suffered during the close of the Premier League season.


The Frenchman drove himself to and from Chelsea’s training complex on Sunday and Monday for treatment on his knee, and was moving more freely ahead of the flight to Azerbaijan on Monday afternoon.

However, Kante did miss training again on Monday and faces a race against time to make the bench for the final.

Maurizio Sarri will be praying Kante will be able to play some part in the game, as Chelsea are already missing influential centre-back Antonio Rudiger and English duo Callum Hudson-Odoi and Ruben Loftus-Cheek for the clash against Arsenal.

Should Kante miss the match, it will be a major boost for the Gunners who are hoping to qualify for next season’s Champions League.

Chelsea secured a spot with a third-place finish in the Premier League, but Arsenal have to win the Europa League to qualify.

Mon May 27 , 2019
Frank Lampard has responded to speculation he could be set to return to Chelsea as head coach after his Derby County team lost the Championship play-off final. Derby, who finished sixth this campaign, were beaten 2-1 by Aston Villa at Wembley on Monday, with the Rams now set for another […] 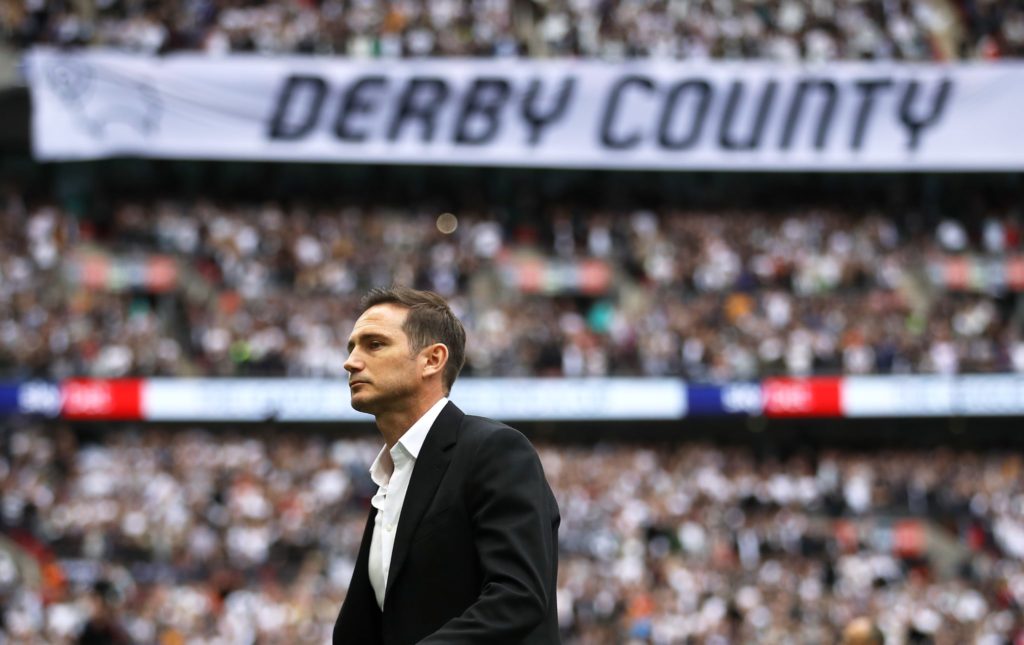