Frank Lampard has revealed that N’Golo Kante sustained ‘another small injury’ in Chelsea’s loss to Manchester United and is a doubt for their Super Cup match against Liverpool.


The 28-year-old flew home early from July’s pre-season tour of Japan with a knee injury and was not fit enough to start at Old Trafford, but came on as a 73rd-minute substitute as Chelsea were thrashed 4-0 by United on Sunday.

While Kante remained on the field until final whistle, Lampard claims the midfielder suffered a fresh injury problem and is cautious over his chances of playing a part at the Besiktas Park in Istanbul.

The France international, who has also struggled with hamstring issues this summer, will be assessed by the blues’ medical staff before Wednesday night’s game.

Kante started among Chelsea’s substitutes against United, Lampard said: ‘Kante was [out] purely because he had an injury. I am very aware of how important he is.


‘He picked up another small injury in the game, so we are assessing that.

‘I pick the best team to win the game, regardless of age. [Mason] Mount deserves his chance on merit, I don’t fear playing young players.

‘In terms of how we set up, I really liked some of our aggressive off the ball work. We have to be adaptable and respect the strengths of our opponents. There may be subtle changes of our approach.’

Lampard says that Willian (thigh) and Antonio Rudiger (knee) are both getting closer to full match fitness after missing Chelsea’s defeat to Manchester United.


‘Willian and Rudiger are here and they are in different stages,’ Lampard said.

‘Willian is not far from fit, to put him on a high intensity match is tough. He will be working through this week on fitness. Tomorrow he will be on the bench. Similar with Rudiger.’

Lampard believes that Chelsea – who qualified for the Super Cup by winning the Europa League trophy – are in for a ‘tough’ challenge against Liverpool.

‘Going up against the team with the quality of Liverpool in a final is as tense as finals can be,’ he said.


‘Every player in there needs to be aware of the importance of the game to this club and we have to give everything, because it’s going to be tough.

‘It’s going to be tough, but we cannot walk off the pitch and think, “Oh, we could’ve done that” or “We missed that opportunity” or “We weren’t quite ready” or make any excuses for ourselves.’

Tue Aug 13 , 2019
Alexis Sanchez was involved in a heated training ground bust-up with Manchester United academy graduate Mason Greenwood, with angry words exchanged between the pair, according to reports. The former Arsenal forward is desperately trying to build up his fitness after returning from the Copa America campaign with a hamstring injury […] 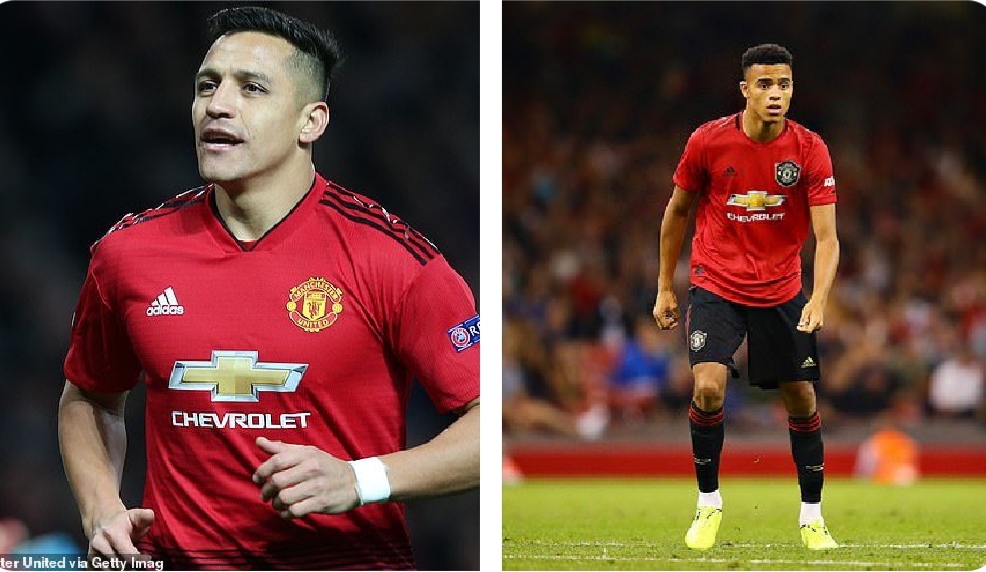