Gary Neville believes Manchester United should sell midfielder Paul Pogba is he is not fully committed to the club.

The Frenchman’s future at the club has been called into question several times given his fractious relationship with manager Jose Mourinho.

He returned to United for a second spell in June 2016 but it has not been smooth so far and with Barcelona and Juventus keen on the France international, Neville feels United can survive without him.


On Pogba, Neville said: “He’s a talented player but I want to see more consistency and leadership,” the former right back told The Times.

‘As a fan, honestly, part of me is that no one is bigger than the club and I am not interested in people who are looking left and right.

‘So Paul, if you want to go play somewhere else, let’s make that work for you because Manchester United will be fine, don’t worry about that.’

Pogba has continually looked consistent when playing for his country, impressing in the recent Nations League win over Holland, but he has had to endure an indifferent start to the new Premier League campaign.


Pogba also failed to quell stories surrounding his relationship with Mourinho and he also flirted with a possible exit during an interview with Sky Sports Germany.

‘There was a lot of talk, but it was just like that, I’m under contract in Manchester,’ Pogba told the TV station.

‘My future is currently in Manchester, I still have a contract, I’m playing there at the moment, but who knows what will happen in the next few months.’

Fri Sep 14 , 2018
Sadio Mane has praised the work-rate of his Liverpool teammate Roberto Firmino and said that the Brazil international is like ‘an animal’. Mane has enjoyed an amazing start to the campaign, scoring four goals in as many Premier League games while last season’s golden boot winner Mohamed Salah has netted […] 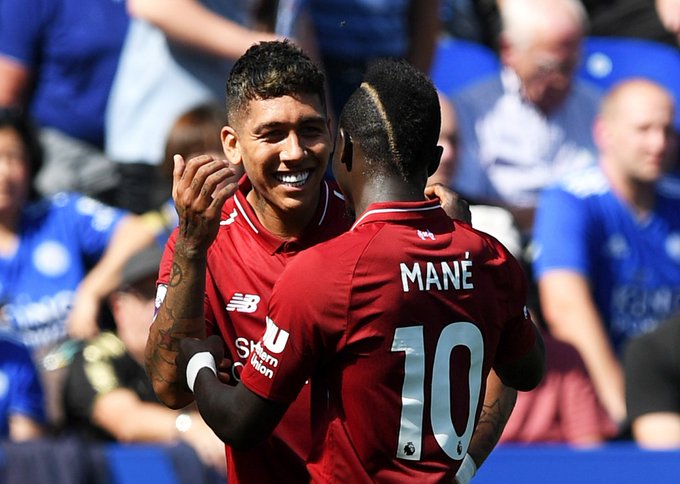