A confused Gary Neville has questioned the Manchester United players’ ‘lack of leadership’ after Paul Pogba’s saved penalty restricted Ole Gunnar Solskjaer’s side to a 1-1 draw at Wolves.


Paul Pogba’s 67th-minute penalty was saved as the Red devils missed the chance to go top of the Premier League table. And replays showed that the Frenchman and Rashford, who scored from the spot last week against Chelsea, having a debate before the midfielder stepped up.

The confusion was branded “embarrassing” by Neville. And a similar discussion took place between Pogba and Rashford, as well as Anthony Martial, before Rashford took the penalty against Chelsea on the opening weekend.

United boss Solskjaer later clarified “the two of them are the designated penalty takers.”

“Why is there a debate on who takes the penalty? I don’t like it,” fumed Neville. “There should never be a debate. Pogba has missed four in the last 12 months. You’d think he has had his chance. Rashford scored last week – take the penalty. But there wasn’t a leader out there.


“Something wasn’t right. They couldn’t make a decision between them. Initially, I was fuming with Pogba. But when I looked at what happened with last week’s penalty with Chelsea, it was weird.”

Martial’s clinical strike had given United a deserved first-half lead before Neves curled in a delicious long-range shot past David De Gea.

After Pogba was then upended in Wolves’ box, the midfielder’s spot-kick was pushed away by Patricio to spark the major post-match talking point.

An unimpressed Neville continued: “It isn’t right. We don’t come on air tonight and ask each other which pieces of analysis we’re doing – we decide before we come on. They should decide in the dressing room. It’s embarrassing.


“This is a Manchester United penalty – this isn’t a tombola. This is not under-fives football on the playground.”

Pressed to explain Manchester United’s penalty-taking policy, Solskjaer said that Rashford and Pogba were the club’s “designated penalty shooters and it’s up to them then and there to decide ‘this is mine’.”

But responding to Solskjaer’s explanation, Jamie Carragher argued: “That will never work. You will get that on pitch conversation every time United get a penalty. You don’t need that conversation. The manager needs to be stronger. Or Paul Pogba should think of the team and say Rashford is the best penalty taker. It’s cost them two points tonight.”

Tue Aug 20 , 2019
Lucas Torreira’s agent has revealed there was a ‘possibility’ the Uruguay midfielder could have joined AC Milan this summer window, but admits Arsenal had ‘no intention’ of letting him leave the club. Back in June, Torreira confessed he was struggling to adapt to life in London and preferred his time in […] 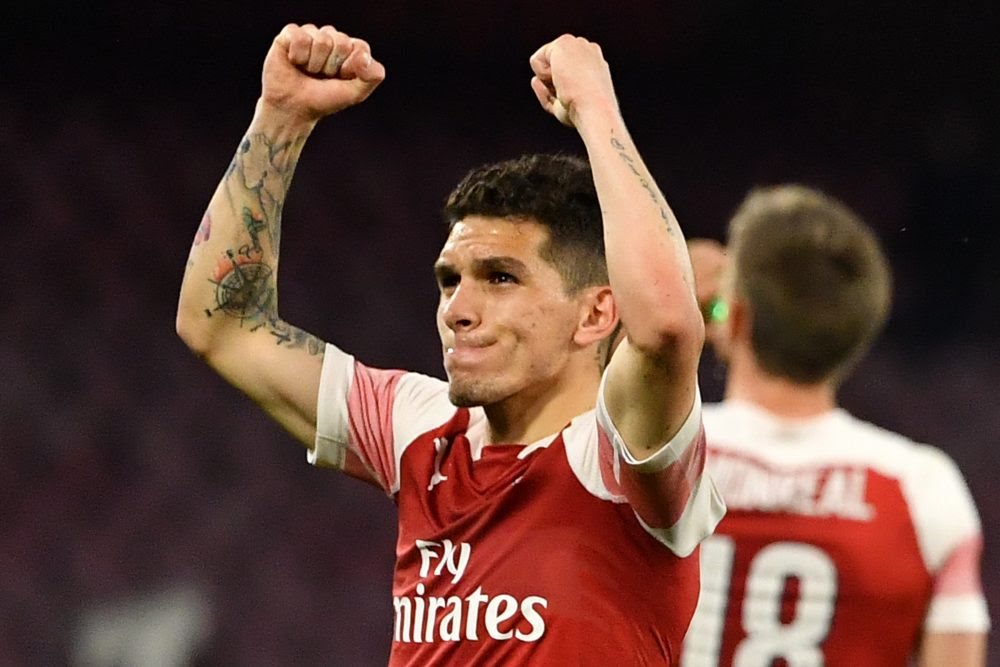