Jose Mourinho has spent more money on signing players than any other manager in football history.


The Special One leads a trio of three managers who have spent more than a billion quid on the top talent. And Mourinho’s fellow ex-Chelsea coach Carlo Ancelotti is second on the list with £1.11bn spent on 85 players.

And Manchester City head coach Pep Guardiola comes third on the list with £1.03bn spent on 52 players during his 11 years of management.

Below are the top spending managers.

Mourinho is currently out of a job having been sacked by Manchester United last December. But there is no denying he has been an outstanding manager, entrusted with leading the biggest clubs.

However, His success has come with significant financial backing though, as befits an head coach who has been in charge of Manchester United, Real Madrid and Chelsea.


The Portuguese has spent a total of £1.40bn on 97 players during his 19 years in management. His most expensive signing was £89m Paul Pogba.

The Italian manager has lavished a whopping £1.11bn on some 85 players in a career that started with Reggiana in 1995. He has also been in charge at AC Milan, Madrid, Chelsea, Bayern and now Napoli.

And his record signing is Gareth Bale, who moved from Tottenham to Snatiago Bernabeu for £86m.

The 48-year-old manager, has signed the fewest amount of players in the top five, but spent over £1bn doing so


However, Guardiola’s most expensive deal was this summer window, when City spent a club-record £62.5m on the signing of Rodri.

Allegri has also spent £914m on the signings of 87 players.

Tue Aug 20 , 2019
A confused Gary Neville has questioned the Manchester United players’ ‘lack of leadership’ after Paul Pogba’s saved penalty restricted Ole Gunnar Solskjaer’s side to a 1-1 draw at Wolves. Paul Pogba’s 67th-minute penalty was saved as the Red devils missed the chance to go top of the Premier League table. And […] 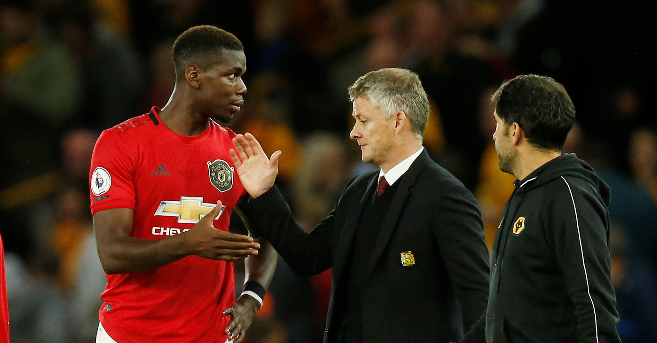