Cristiano Ronaldo has heaped praise on Barcelona superstar Lionel Messi after conceding that both of them have benefitted from their long-running rivalry.


The Portugal international has been battling it out with the Argentine forward for the crown of the world’s best footballer for over a decade.

Both players have shared the record for winning the Ballon d’Or the most times at five-a-piece, with Luka Modric finally ending their dominance by winning the individual prize last year.

Fans around the world are torn when it comes to deciding who is the GOAT between the duo, but Cristiano Ronaldo has revealed that there is plenty of admiration between the two of them.

Speaking to TV1, the Juve forward said: “I have no doubt that Messi has made me a better player and vice-versa. When I am winning trophies it must sting him and it’s the same for me when he wins.


“I really admire the career he [Messi] has had and from his side, he has already talked of the disappointment when I left Spain because it was a rivalry that he appreciated.

“It’s a good rivalry but it’s not unique — Michael Jordan had rivalries in basketball, there was Ayrton Senna and Alain Prost in Formula 1. The thing they all had in common is that they were healthy rivalries.”

And the 34-year-old even said that he is open to breaking bread with his long-term adversary Messi when they’ve finally hung up their boots.

He added: “I have an excellent professional relationship [with Messi] because we have been sharing the same moments for 15 years.


“We’ve never had dinner together but I don’t see why we can’t in the future. I don’t see a problem with that.”

Thu Aug 22 , 2019
Inter Milan striker Romelu Lukaku has revealed how a late phone call from Jose Mourinho ensured that he signed for Manchester United and not Chelsea in the summer window of 2017. The Belgian had seemed certain to be returning to Stamford Bridge three years after leaving the club for Everton, only for United […] 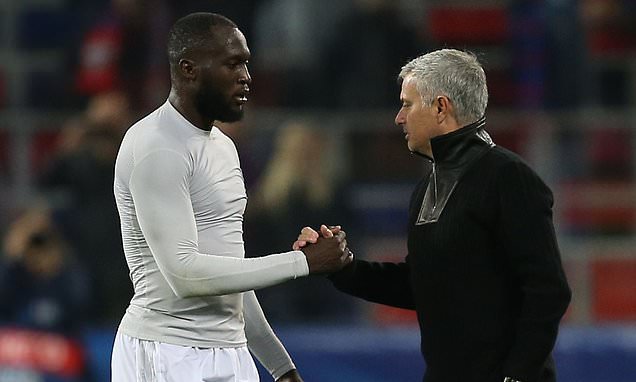