Lucas Torreira’s agent has revealed there was a ‘possibility’ the Uruguay midfielder could have joined AC Milan this summer window, but admits Arsenal had ‘no intention’ of letting him leave the club.


Back in June, Torreira confessed he was struggling to adapt to life in London and preferred his time in Genoa while playing for Sampdoria, fueling rumours of a return to Serie A.

Marco Giampaolo, who took over the reins at AC Milan this summer, subsequently identified Torreira as one of his key targets ahead of the 2019/20 season.

The pair worked together at Sampdoria and still have a close relationship to this very day. However, Milan’s advances for Torreira were swiftly turned down, with Arsenal determined to keep hold of the player they signed just 12 months earlier.

Asked about Milan’s interest in signing the Uruguayan player, his agent Pablo Bentancur told TMW: ‘There was the possibility. Giampaolo is in the heart of Lucas.


‘But Arsenal said he had no intention of selling the boy. Lucas is fine, the club are happy with him. This will be the year of consecration. With the Arsenal shirt.

‘Milan is Milan, it will always be an important team, even if today it has some economic problems.’

Last month, Torreira distanced himself from speculation of a transfer move to the San Siro, insisting he was happy at the Emirates.

‘It’s been a pretty big change for me. Genoa is a much smaller city than London, but every week I feel more comfortable and learn new things about the way of life,’ the Uruguay international told Four Four Two.


‘When I arrived, we saw traditional landmarks, trying to get my bearings. Now it feels more like home.

‘It was the best option. This is a huge club with massive support across the world. The fans and everyone associated with the club have made me feel so welcome. I really feel like a part of the family here.’

Tue Aug 20 , 2019
Philippe Coutinho wants to put his Barcelona nightmare behind him and remain a Bayern Munich player “for a long time”. The ex-Liverpool midfielder joined the Bundesliga champions on loan yesterday after they paid Barcelona £7.78million, with the option to make the move permanent next summer window for £110m. Coutinho revealed his […] 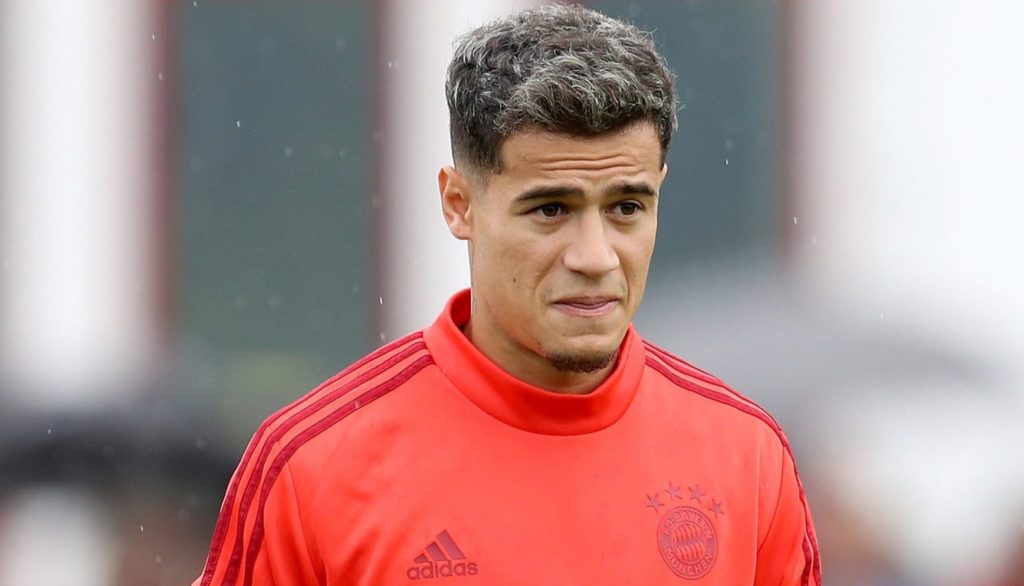