Kevin-Prince Boateng has confirmed his shock transfer to Barcelona, announcing that he is coming to the club, and hopes he can score against Real Madrid.

Goal reported earlier Monday that the attacker was on the verge of a surprise transfer from Sassuolo , who he joined this past summer, to link up with Barca.


The transfer includes a €8 million option to buy, while Barcelona will pay a €2m loan fee for Boateng to feature for them the remainder of the campaign.

And while Barcelona have yet to confirm the transfer, Boateng himself announced the deal in an interview with Sky Sports.

The attacker also downplayed previous comments he made about Barcelona’s rivals Real Madrid.

In a 2017 interview, Boateng answered he preferred Real Madrid to Barcelona, while also stating that he could have made it to the Bernabeu had he applied himself harder earlier in his career.


However, the 31-year-old says his focus is on his new club, and aiming to find the net against Real Madrid when the two teams meet in the Spanish capital on March 2.

“Don’t ask me about Real Madrid… is just the past! I only want to focus on Barcelona and I hope to score at Bernabéu for the next Clasico.”

Barcelona will be Boateng’s fourth club in the past three years, though the Ghana international has fared well at each of his teams.

He found the back of the net 10 times in 28 La Liga matches for Las Palmas in 2016-17, followed by a transfer to Eintracht Frankfurt in the Bundesliga, where he scored six goals in 31 league games.


His time at Sassuolo also started well, as in 13 Serie A matches, Boateng scored four goals, though he has not scored since the end of October.

Boateng will fill in attacking depth for the La Liga champions, as Barca head coach Ernesto Valverde conceded the club was looking for options there after allowing Munir El Haddadi to leave in the window.

He becomes the second addition during the winter window, with Barca having also signed Jeison Murillo from Valencia in January.

Tue Jan 22 , 2019
Guernsey Police have confirmed the search and rescue operation for the plane carrying Cardiff City forward Emiliano Sala has been suspended until Wednesday morning. The French civil aviation authority confirmed to Sky Sports that Sala was on board an aircraft which disappeared from radar near the Channel Islands on Monday. […] 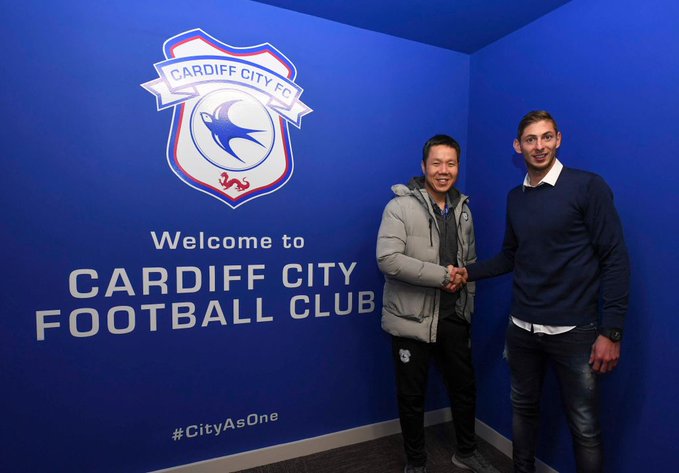