Guernsey Police have confirmed the search and rescue operation for the plane carrying Cardiff City forward Emiliano Sala has been suspended until Wednesday morning.

The French civil aviation authority confirmed to Sky Sports that Sala was on board an aircraft which disappeared from radar near the Channel Islands on Monday.

A search was started that night and carried on until 2am on Tuesday, before being called off and then resumed at 8am.


The search was suspended again on Tuesday evening after 5pm, with plans for it to resume at sunrise on Wednesday.

An update released on Twitter by Guernsey Police read: “Search and rescue operations have been suspended as the sun has now set.

“The current plan is for it to resume at sunrise tomorrow. There will be no further updates tonight.”

Guernsey Police had confirmed that a “number of floating objects” were found in the water before the search was stopped, although rescuers were unable to confirm if they were from the missing aircraft.


“The [search] aircraft found various bits of debris and it guided the lifeboat and a nearby fishing boat into the area to have a look at it,” Fitzgerald told SSN.

“The notes from the search director say they found a cushion, a bright orange item beside a dull coloured box and lots of white items in the water floating alongside a piece of white metal, which was a bit bent – apparently, just looking at the notes I have just received.”

“Judging by the information we have received from the crew on board the [search] aircraft, then yes, we think the aircraft did break up when it hit the water,” he said.

“We expect to be called at around seven o’clock in the morning so that we get time to get to the airport,” he said.


“Nothing is too far over here thankfully. We will be able to get airborne and ready while the light comes up.”

Tue Jan 22 , 2019
Chelsea manager Maurizio Sarri has reportedly told the board to sign Elseid Hysaj once Gonzalo Higuain arrives at the club. Chelsea are looking to wrap up a temporary transfer for Higuain, by midday on Wednesday so he will be eligible to face Tottenham in the Carabao Cup on Thursday. Higuain […] 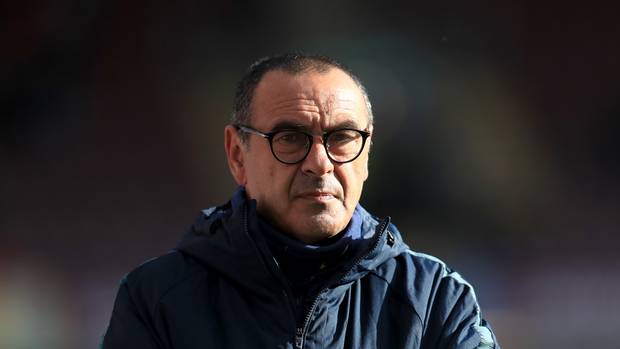