Chelsea manager Maurizio Sarri has reportedly told the board to sign Elseid Hysaj once Gonzalo Higuain arrives at the club.

Chelsea are looking to wrap up a temporary transfer for Higuain, by midday on Wednesday so he will be eligible to face Tottenham in the Carabao Cup on Thursday.


Higuain struggled in the first half of the campaign on loan at AC Milan from Juventus but Sarri is confident he can get the best out of the 31-year-old.

According to the Daily Mirror, Sarri now his eye on another player he managed during his time at Napoli, 24-year-old right-back Hysaj.

The Italian manager is ready to axe Chelsea fan favourite Cesar Azpilicueta from his starting lineup and sees Hysaj as a perfect replacement.

Sarri slammed his squad in the aftermath of their loss to Arsenal and wants to surround himself with players he can trust. 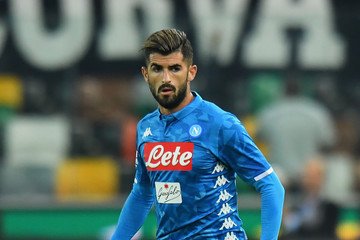 Hysaj, who also played under Sarri at Empoli, has fallen down the pecking order at Napoli with Ancelotti preferring both Nikola Maksimovic and Kevin Malcuit.

Chelsea’s board would prefer to bring in Hysaj on loan but Napoli are looking to allow him leave for a fee of around £45million.

Hysaj’s agent, who has confirmed that Sarri wanted the defender last summer, hinted that his client could join Chelsea this window.


‘I had a meeting for about four hours with Ancelotti and (Napoli director of sport Cristiano) Giuntoli this week,’ Mario Giuffredi told Rai Sport this month.

‘We clarified the situation regarding the player and the lack of playing time. Ancelotti gave me his reasons, which I share fully, because he works with the player every day and knows his condition.

‘The important thing is hearing that Ancelotti respects Hysaj. He confirmed his faith in him.

‘Of course, the January transfer window is always to be evaluated and there has been talk of Chelsea, for example.


‘If there are situations that are mutually advantageous, then we’d evaluate them. If nothing happens in January, then we’ll discuss a contract extension.’

Wed Jan 23 , 2019
Chelsea boss Maurizio Sarri has criticised Eden Hazard , saying the Belgian lacks positional discipline and leadership qualities and is not playing in line with his potential. The Blues have lost their last two games, against Arsenal in the Premier League and Tottenham in the Carabao Cup semi-final first leg, […] 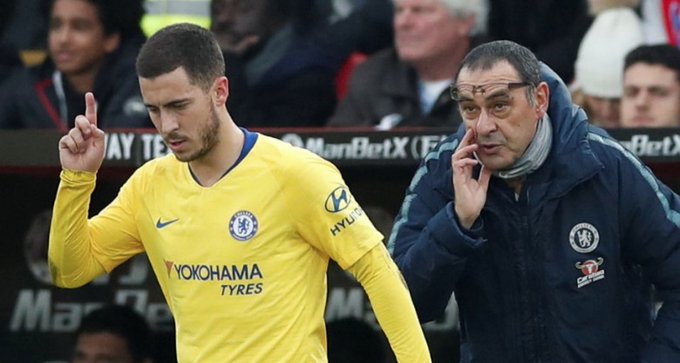