Chelsea boss Maurizio Sarri has criticised Eden Hazard , saying the Belgian lacks positional discipline and leadership qualities and is not playing in line with his potential.

The Blues have lost their last two games, against Arsenal in the Premier League and Tottenham in the Carabao Cup semi-final first leg, with Hazard playing as a false nine in both games – though the team have looked timid in attack.


While Sarri sees Hazard as ‘one of the best players in the world’, he believes his desire to roam and drop deep is affecting the team and himself.

‘You know very well that Eden is a wonderful player but he is an individual player. He is an instinctive player,’ said Sarri at his pre-match press conference ahead of Spurs match on Thursday.

‘But I think we also have to organise the other 10 players in the defensive phase because he needed to play everywhere on the pitch.’


Hazard gave an interview in the week saying that he has ‘frustrated’ many of his previous head coaches, such as Mourinho and Antonio Conte.

Asked if he shared that his peers’ frustrations, Sarri said: ‘Sometimes, but I prefer him when he speaks with his feet.

On whether Hazard was a leader within the team, he added: ‘I don’t know in this moment he is more an individual player than a leader.


‘He’s very important for us because he’s a great player. He always can win the match in two minutes. Sometimes in one minute! But at the moment he is not a leader.’

Thu Jan 24 , 2019
Lionel Messi was desperate for Barcelona to sign Ajax player Frenkie de Jong, according to Dutch coach Aad de Mos. De Jong was wanted by several top clubs in Europe but Barcelona’s main competition for the midfielder came from Manchester City and Paris Saint-Germain, who were confident of completing a […] 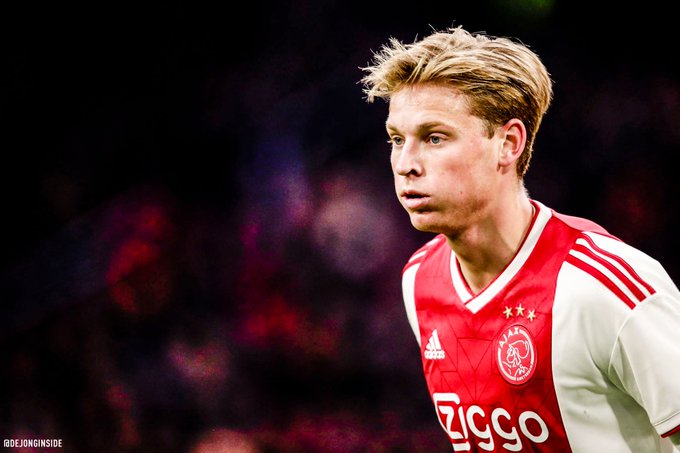