Arsene Wenger believes Chelsea’s lack of pace under Maurizio Sarri is costing them and feels too much pressure is being placed on Eden Hazard.

Sarri made an encouraging start as Chelsea head coach as his side went 12 matches unbeaten at the beginning of the Premier League campaign.


But a dip in form over the winter period has seen Chelsea slip into a battle for a top-four place, while Sarri has been criticised for his pattern and his decision to replace N’Golo Kante with Jorginho at the heart of his midfield.

Wenger, however, believes Chelsea’s problems stem from a lack of speed in attack and claims the issue forces Hazard to drop deeper in order to influence play.

‘For Sarri it is his first season in England,’ Wenger told beIN Sports.

‘He certainly likes a game with possession his team has good possession but they lack goals.


‘If you compare the possession they have – always in every game around 70 per cent – and the number of goals they score, I think they have not enough players who are going behind defenders.

‘They don’t have enough pace to take advantage.

‘Hazard has to come deep to make the difference on his own sometimes.’

Furious Solskjaer slams Martial over attitude in front of team-mates

Tue Apr 30 , 2019
Manchester United head coach Ole Gunnar Solskjaer reportedly blasted Anthony Martial in front of his team-mates for his attitude after their 1-1 draw with Chelsea. The France international was left out of the team that picked up a point against Chelsea on Sunday and his manager chose to bring on […] 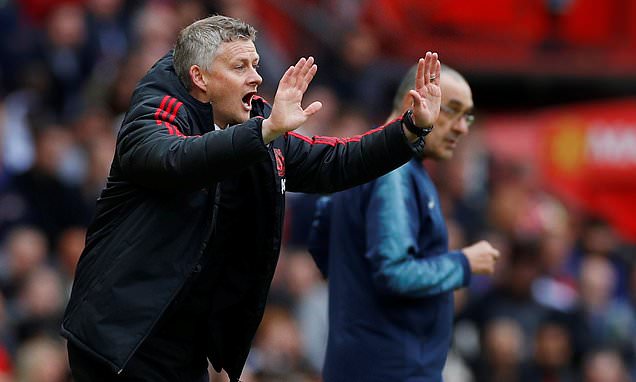