Manchester United head coach Ole Gunnar Solskjaer reportedly blasted Anthony Martial in front of his team-mates for his attitude after their 1-1 draw with Chelsea.

The France international was left out of the team that picked up a point against Chelsea on Sunday and his manager chose to bring on Alexis Sanchez instead of Martial in the game.


As reported by Daily Mail after the draw, Solskjaer slammed the Frenchman in the dressing room in front of his United colleagues over the lack of effort he has been offering.

United fans also publicly criticized the forward after footage emerged of Martial putting in no effort in warm-up before the Chelsea match.

United chiefs have beome worried with Martial’s lack of motivation since signing a new five-year deal with the club in January.

Martial had issues with Mourinho earlier in the campaign and it looked inevitable his four season spell in United would come to an end.


But when Solsjaer took over at Old Trafford in December Martial was in good form as he scored three times and regularly started on the left or in the middle.

However in recent weeks, the 22-year-old has performed in lackluster fashion which made Solskjaer vent his anger at him.

Solskjaer said: ‘’I have spoken to individuals and Anthony is one of those.

‘’He’s got massive talent, he’s signed a new contract and he knows we believe in him – so just keep on working.

“I think anyone that plays for Man United has to deliver to stay in the squad and stay in the team.


“Anthony is no different to Marcus Rashford, Romelu Lukaku, Alexis Sanchez or the many forwards we have to choose from.

“That’s the great thing about it now — it’s down to the players as well, the ownership that they take when they come back in pre-season.”

Ferdinand in talks with Ed Woodward over United return

Tue Apr 30 , 2019
Manchester United legend Rio Ferdinand has reportedly held talks with Ed Woodward about possibly becoming the club’s new sporting director. The club are restructuring behind-the-scenes and they want to modernize their set-up after falling behind their rivals since the retirement of Sir Alex Ferguson in 2013. It is reported that […] 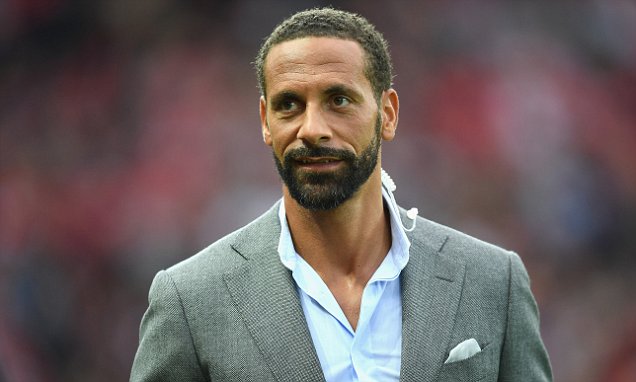