The deal will shatter Chelsea’s record that had stood at £57m for striker Alvaro Morata, who joined from Real just last summer.


The path of Courtois to Real is set to be further strengthened by Madrid’s willingness to send midfielder Mateo Kovacic on loan to Chelsea.

Along with Kepa, Kovacic is expected in London to complete a pre-deadline transfer to Stamford Bridge.

On Kepa, he said: “I saw him one year ago [when I was at] Naples and my first impression was he was a very good goalkeeper. Very young, but very, very good.”

One player Sarri was more clear on was Eden Hazard, who came on as an 68th-minute substitute and struck the winning penalty after Rob Green had saved from Lyon’s Pape Cheikh Diop.

Hazard has assured Chelsea fans he will continue to give his all for the club, despite being denied a transfer to Real Madrid.


“I don’t see this problem in this moment,” said Sarri. “I have spoken with Eden two or three times in the last two days. He has spoken of everything. I think this problem, the Hazard problem, is not present now.”

Hazard wore the captain’s armband, even when Gary Cahill and Cesar Azpilicueta came on as a late substitute in the game and Sarri did not rule out the prospect of the Belgian becoming his full-time skipper.

The Kepa deal will eclipse the £66.8m Liverpool paid to make Alisson Becker the world’s most expensive goalkeeper in July.

The Brazilian had been Chelsea’s first-choice target to replace Courtois, but, at that time the Blues were unwilling to enter an auction.


The decision to spend so much money on Kepa represents a gamble for Chelsea as he has only made one Spanish international cap and has no experience outside his country.

Chelsea contacted Courtois to request that he returns to training on Wednesday to explain his absence, but there has been no indication that he intends to do so.

Mourinho could leave as United won't get close to City - Scholes

Thu Aug 9 , 2018
Jose Mourinho could leave Manchester United if summer struggles in the transfer market lead to another campaign of dry football behind the title pace, says club legend Paul Scholes. The Portuguese faced criticism of his methods last season, with the Red Devils considered to have adopted a defensive approach as […] 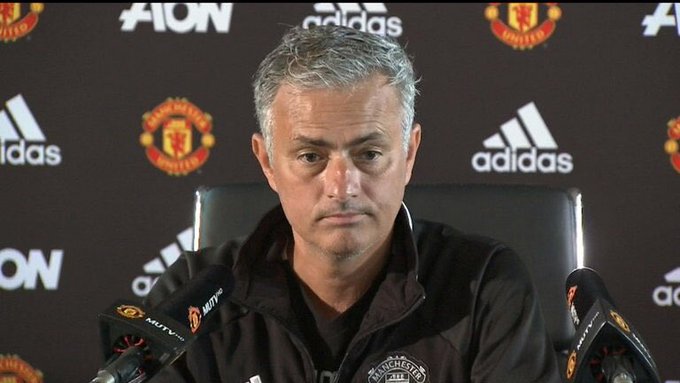