Chelsea manager Maurizio Sarri has said that Eden Hazard should be allowed to leave if he no longer wants to play for the club amid continued speculation over his future.

The 28-year-old has entered the final 18-months of his deal with the club and has made no secret of his desire to join Real Madrid.


Hazard has been open about his desire to play for Real Madrid one day and if he decides against signing a new deal with Chelsea, he could be allowed to leave in the summer window.

And while Sarri conceded that he hopes Hazard will stay where he is, he suggested that it will be up to him to decide whether he will leave the club or not.

Speaking ahead of Chelsea’s match against Bournemouth, Sarri said: ‘Eden is 28. If he wants to go, I think he has to go. Of course, I hope the opposite.

‘I hope he wants to stay here with us and improve. He has the potential to be the best player in Europe a the moment.


‘Sometimes he’s happy with something less. It’s my job to improve him and put him in a position to do his best. Sometimes I have to say something in the pressroom on that. It’s normal. It’s my job.

‘But I was really very happy with the last performance [against Tottenham].’

Hazard has emerged as Chelsea’s key player since joining the club for £32m from Lille in 2012, helping the club win five major honours, which includes two Premier League titles.

He has been given a new lease of life under Sarri, enjoying one of his finest seasons to date, as shown by his contribution of ten goals and ten assists from 22 Premier League games.


Real Madrid are expected to undergo a major revamp of their team in the summer after a below-par season and have also been linked with Christian Eriksen.

Thu Jan 31 , 2019
Philippe Coutinho refused to rule out a future transfer away from Spain, but insists his focus is on performing for Barcelona. The former Liverpool playmaker has found life difficult at Barcelona and is yet to rediscover his best form in his season in Spain. Manchester United and Chelsea are reportedly […] 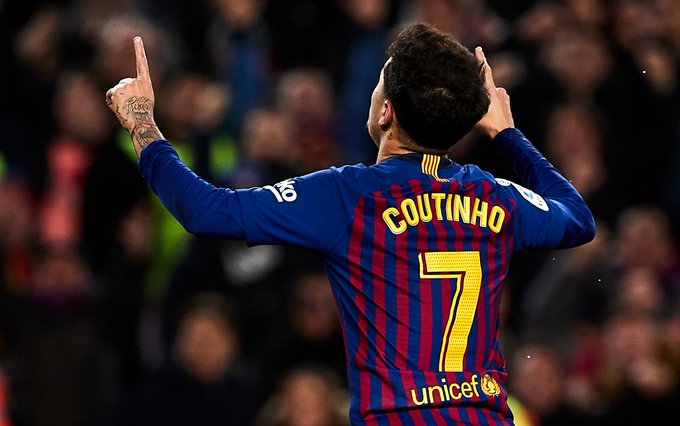