Eden Hazard has played down Maurizio Sarri’s criticism of his mentality after Chelsea beat Tottenham to reach the Carabao Cup final.

Chelsea required penalties to get past Mauricio Pochettino’s team at Stamford Bridge having secured a 2-1 victory after 90 minutes.

Eric Dier and Lucas Moura missed both of their penalties for Spurs before David Luiz stepped up to convert his penalty to book Chelsea’s place at Wembley.


Before the match, Sarri questioned Hazard’s leadership qualities and claimed the 28-year-old ‘has to do more’ to help the team.

But when asked what he made of Sarri’s comment after the win, Hazard told Sky Sports: ‘No, to be fair I don’t care, I just play my football, it doesn’t matter what the manager says.

‘I’m always focused on this team, I just want to do the best for this team and I did, so I’m happy.’


Chelsea will now play Manchester City in the final on February 24 and Hazard has rated his team’s chances of success as ’50-50′.

‘It’s hard, it’s always hard, I think they [City] are the best team with Liverpool in the Premier League at the moment,’ said Hazard.

‘They win a lot of trophies in the last five, six years.

Sat Jan 26 , 2019
Arsenal have reportedly made an approach to sign Inter Milan winger Ivan Perisic. The Gunners want to seal a loan move for the 29-year-old for the rest of the campaign, with an option to buy him in the summer window for £35m. The Croatia international signed a new five-year deal […] 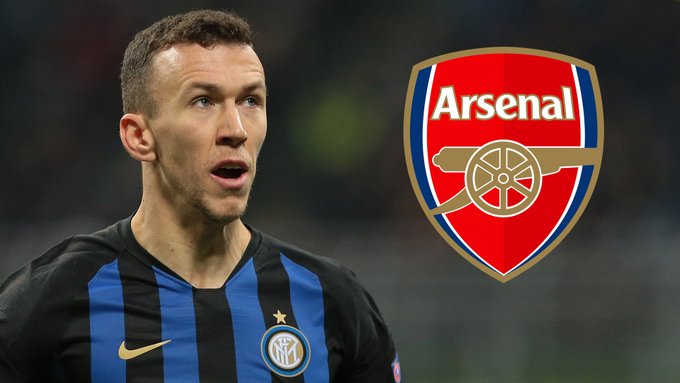