De Jong was wanted by several top clubs in Europe but Barcelona’s main competition for the midfielder came from Manchester City and Paris Saint-Germain, who were confident of completing a deal.


But Barcelona managed to win the race for his signature and have agreed an initial €75 million deal with Ajax to sign De Jong at the end of the campaign.

And De Mos, who has won three Eredivisie titles during his managerial career, claims that Messi was very key in Barcelona’s push to sign De Jong.

‘Combining in the short space is entirely De Jong’s thing. When Frenkie has the ball, I sit on the edge of my seat. Then something unexpected can happen.


‘While you and I see two football-playing solutions, De Jong sees three or four. That way he can surprisingly come out of the corner. And also important – he always plays deep, instead of in front.’

‘I heard that the big boss – Messi – wanted De Jong to join so very much. Then you know that Barcelona will make an effort.’

Following the confirmation of his transfer to Camp Nou, De Jong conceded he was buoyed by the possibility of playing alongside Messi.

‘For me that will be very special,’ said the 21-year-old.

‘Everyone knows that I think he’s the best. But it has not been a decisive factor. That does not work.


‘I also do not have to look at him as a kind of tourist. I’ll just be his teammate later.’

Thu Jan 24 , 2019
Manchester City defender Nicolas Otamendi is wanted by Barcelona in a shock move this month. The Argentine has featured just ten times in the Premier League this campaign and is now poised to quit the current Premier League holders. Pep Guardiola is keen to strengthen his defensive ranks too, eyeing […] 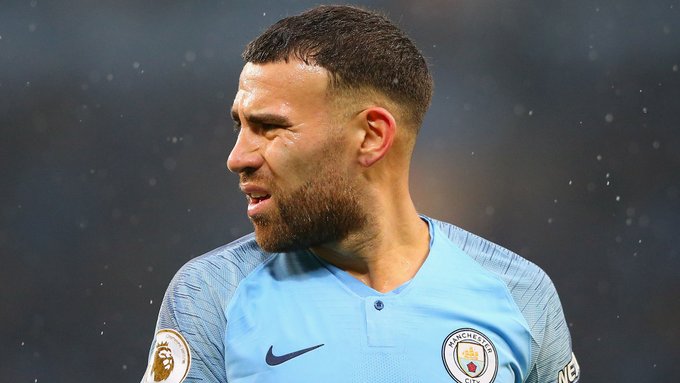