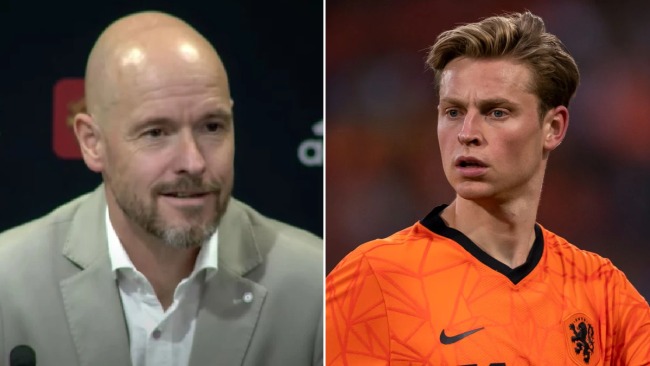 Erik ten Hag has finally convinced Frenkie de Jong to leave Barcelona for Manchester United, although the two teams still need to come to an agreement over a fee.

Ten Hag worked with De Jong at Ajax and wants to welcome the Netherlands midfielder to Old Trafford after his appointment as United manager.


De Jong played 89 matches for Ajax and helped Ten Hag’s side win the Eredivisie title in 2019 and reach the semi-finals of the UEFA Champions League before joining Barcelona in a deal worth £65m.

He has continued to impress at the Nou Camp, amassing 140 appearances over the last three years and establishing himself as a vital member of the first-team squad.


Ten Hag wants to make De Jong his first United signing as he looks to rebuild his team after the departures of several players, which include Paul Pogba, Jesse Lingard and Nemanja Matic.

According to the Daily Mirror, Ten Hag has persuaded De Jong to join the Premier League club, although the Red Devils now face a challenge to agree a deal with Barcelona.

On Friday, reports claimed Barcelona had turned down United’s opening offer for De Jong – which was believed to be worth £60m – and were holding out for a package worth around £80m.

Barcelona were emboldened by De Jong’s insistence that he wanted to stay at the club but his stance has changed following a series of discussions with Ten Hag.


According to The Mirror, De Jong has had a change of heart after speaking to Ten Hag about his plan to turn United into title contenders and being reminded of the success they shared at Ajax.

After landing De Jong, Ten Hag will then turn his attentions to signing a new attacker and defender, having missed out on a deal for Liverpool-bound Darwin Nunez.

Ten Hag identified Benfica star Nunez as a top target for this summer’s transfer window but the Reds are set to welcome the Uruguayan to Anfield in a deal worth around £85m.

8 months ago
Arsenal defender William Saliba has Marseille ‘in his heart’ and will play for the club next campaign instead of returning to the Emirates. That’s according to Arsenal midfielder Matteo Guendouzi, who says he is trying to persuade the centre-back to remain in France. Saliba suggested last week that he would […] 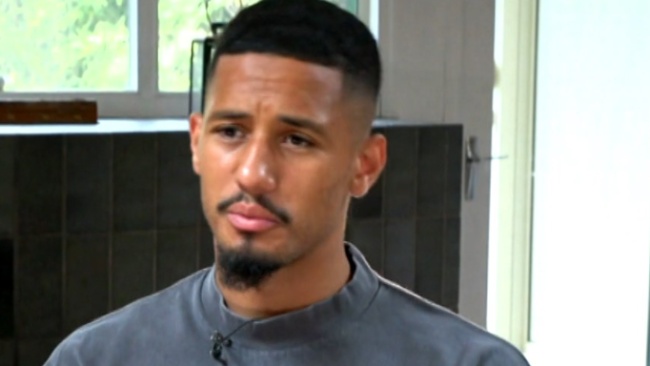