Manchester City defender Nicolas Otamendi is wanted by Barcelona in a shock move this month.


Pep Guardiola is keen to strengthen his defensive ranks too, eyeing up a £50million move for Matthijs de Ligt.

With City missing out on Frenkie De Jong to Barca, they may now turn their attention to the sought-after centre-half.

That spells doom for Otamendi who looks set to slip further down the pecking order in at the club.

John Stones and Aymeric Laporte have developed a strong defensive partnership this campaign, with Vincent Kompany still important when fit.

Earlier this week, Guardiola revealed the defender was growing frustrated at the club.


The City boss revealed: “He’s not happyen he plays he’s happy, when he doesn’t play he’s not happy, but not just Otamendi, everybody. All of them.

“We would like to [keep him], but it depends on the players and the agents.”

However, Guardiola added he still has faith in the defender, saying: “He’s a guy who plays with problems, with kicks, with muscular issues and always he’s there.

“It’s incredible. What I said last season remains the same for me, it doesn’t matter if he plays more regularly than last season.


“I’m delighted with him but I can understand him [wanting to play more].”

Eden Hazard hits back at Sarri after Chelsea win over Spurs

Fri Jan 25 , 2019
Eden Hazard has played down Maurizio Sarri’s criticism of his mentality after Chelsea beat Tottenham to reach the Carabao Cup final. Chelsea required penalties to get past Mauricio Pochettino’s team at Stamford Bridge having secured a 2-1 victory after 90 minutes. Eric Dier and Lucas Moura missed both of their […] 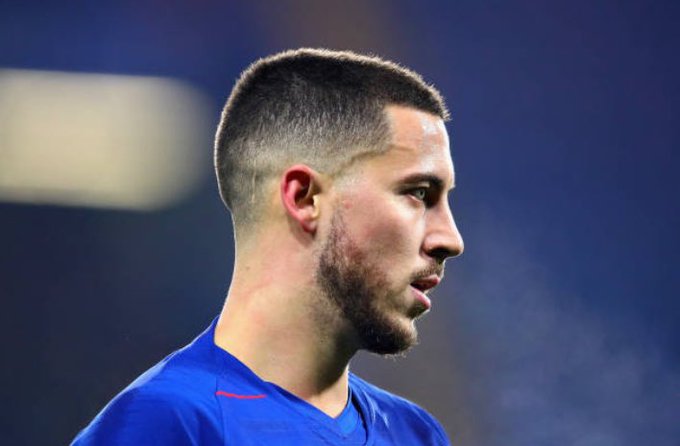