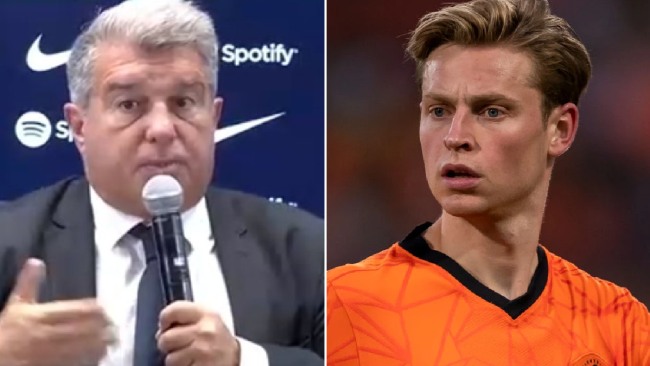 Erik ten Hag has made signing the former Ajax star his top transfer priority and, after weeks of negotiations, United thought they were close to striking a deal for a fee of around £56m in addition to various add-ons which would take the total package to £75m.


But the two teams still appear to be at odds over the structure of the deal, with Barcelona keen to receive a bigger guaranteed fee up front.

Xavi has also made it clear to Barcelona’s hierarchy that he does not want to sanction the sale of De Jong until they have agreed a deal for his replacement.

Speaking on Wednesday, however, at the unveiling of new signing Franck Kessie, Laporta said Barcelona had no desire to sell De Jong, who himself is said to be torn over a move to Old Trafford.

‘Frenkie de Jong is not for sale,’ said the Barcelona president. ‘We don’t want to sell him.’

Laporta also issued an update on Ousmane Dembele who is now a free agent after his Barca contract expired last week.


The Frenchman has a number of suitors in Europe, including Chelsea and Paris Saint-Germain, but Barca still remain hopeful of coming up with an offer that would convince the winger to sign a new contract.

Laporta said: ‘No precise date has been set for Dembélé’s renewal. He is no longer a Barça player, but an offer was made to him as a result of sporting interest.

Leeds issue ultimatum to Barcelona as Chelsea wait on Raphinha

5 months ago
Leeds United have reportedly told Barcelona to submit their latest offer for Raphinha by Thursday as Chelsea continue to wait on the player. Chelsea have already agreed a £55m fee with Leeds but the Brazilian winger has held out for Barcelona to make their move. Raphinha’s agent, Deco, met with […] 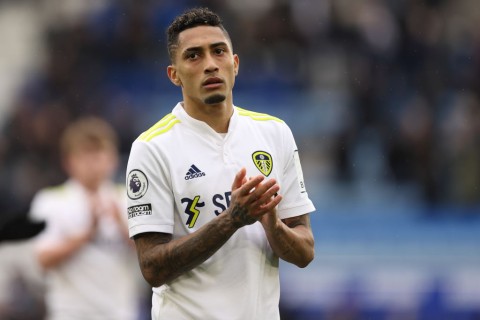