Unai Emery played down a negative reaction from some Arsenal fans after his decision to replace Alexandre Lacazette with Ramsey against Fulham was met with jeers.

The Arsenal manager has enjoyed a good relationship with the club’s fanbase since replacing Arsene Wenger in the summer but his decision to replace Lacazette in a 4-1 win against Fulham resulted to jeers from fans.


Lacazette had put Arsenal two goals in front after Granit Xhaka’s opener but was substituted for Aaron Ramsey after Aboubakar Kamara had reduced the deficit to one.

The decision was booed by a large number of supporters, although Ramsey – who has been linked with Juventus was able to put the game beyond doubt with the third.

“I understand the supporters,” he said. “Tactically we thought in that moment we needed to change for more balance. Above all we know (Jean Michael) Seri is coming on and need a player close to him, not to let him play easily with the ball.

“Aaron Ramsey can do that and also help us in attack and scored. The reason is this. I need to do my work. And not maybe because every supporter can have a different opinion, tactically.


“But I need to do my work, Lacazette his work and he scored also. He helped us and it was a very positive reaction.”

Ramsey’s future at the Emirates Stadium has appeared certain for some time after Arsenal withdrew a contract offer that was on the table for the midfielder.

With six months left on his deal he can now speak to foreign clubs, with Emery expecting the 28-year-old to remain at the club rather than move away for a fee in January.

Asked if Ramsey would stay until the summer, Emery said: “At the moment he is working with us and I think, yes.


“He worked very well in Liverpool. Today he played 15 minutes and he scored. He helped us for confidence and to earn a good result. I want this focus from him when he is playing.”

Wed Jan 2 , 2019
Maurizio Sarri has revealed he may have to add a winger to Chelsea’s January transfer plan, but has defended his use of Callum Hudson-Odoi. Chelsea have been working on trying to sign a striker in January, but injuries to Pedro, Ruben Loftus-Cheek and Hudson-Odoi have worried Sarri over his lack […] 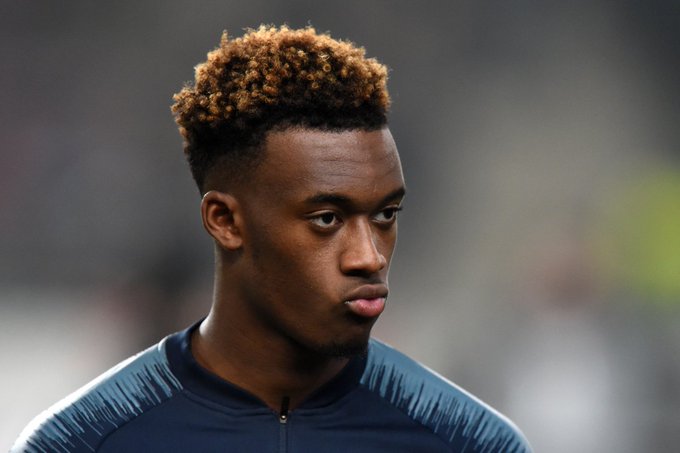