Alexandre Lacazette looked far from happy once again after he was taken off early by Unai Emery in Arsenal’s game with Brighton.

The France international couldn’t hide his frustration at being substituted with 12 minutes remaining in Arsenal’s 3-1 victory over Burnley on Saturday.


But it got even worse for Lacazette on Boxing Day as he was replaced by Aaron Ramsey after just 62 minutes during Arsenal’s match against Brighton.

Pierre-Emerick Aubameyang had put the Gunners in front but a mistake from Stephan Lichtsteiner made Jurgen Locadia to equalise.

Emery’s decision to substitute Lacazette was jeered by Arsenal’s travelling fans at the Amex Stadium.

But after he applauded the Arsenal fans, Lacazette ignored Emery’s outstretched hand and made his way straight towards the bench.


Before sitting down, the Arsenal forward also threw his gloves to the ground in frustration.

Lionel Messi: I want Neymar and Guardiola back

Fri Dec 28 , 2018
Lionel Messi has confirmed he would love to have Neymar back at Barcelona but conceded Paris Saint-Germain are unlikely to let their star player leave. Neymar swapped Camp Nou for Parc des Princes in a world-record €222m transfer back in August 2017. The 26-year-old spent four successful years at Barca, […] 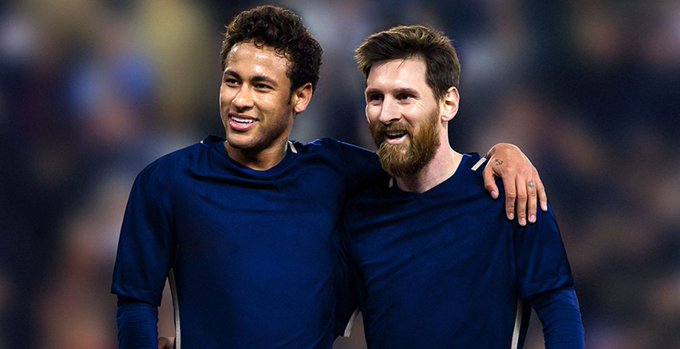