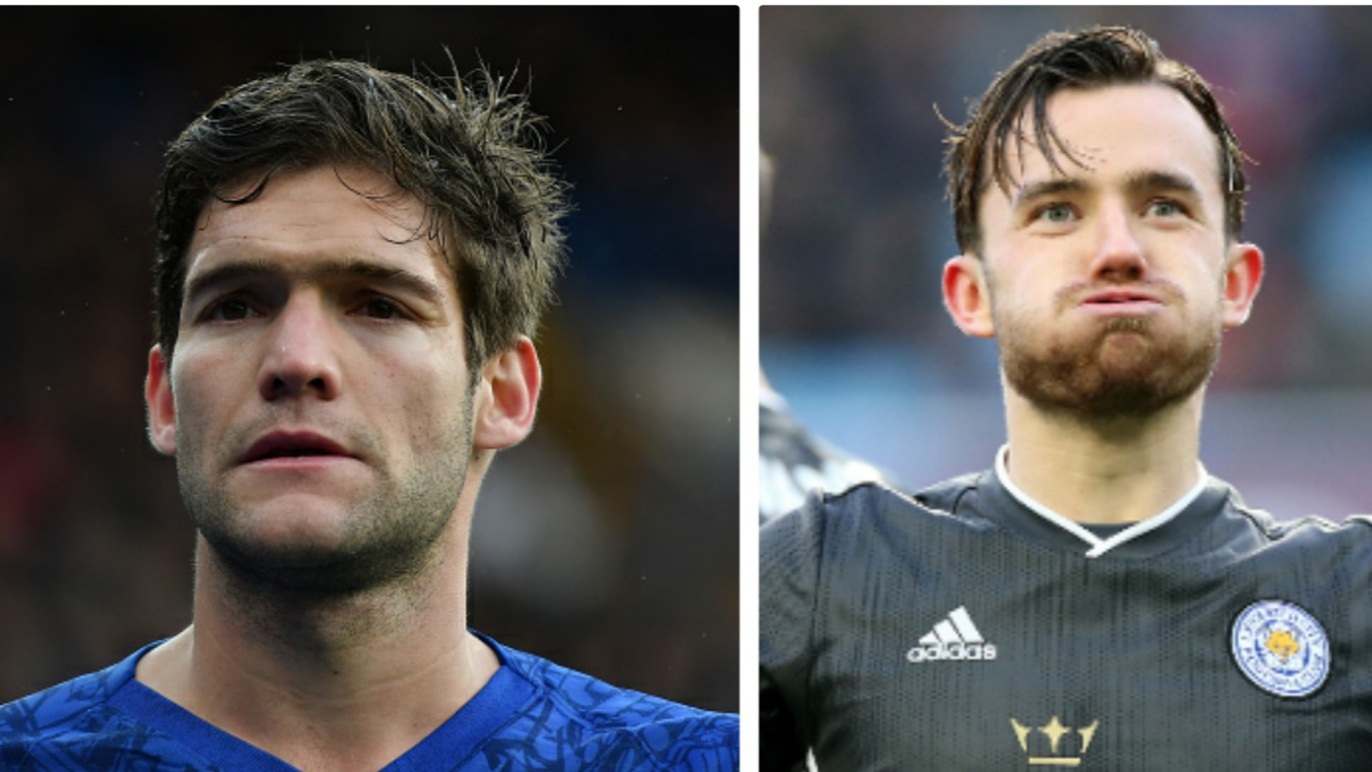 Marcos Alonso has made it clear that he’s ready to fight for his place at Chelsea after ‘liking’ a tweet criticising the rumours linking Ben Chilwell with a transfer move to Stamford Bridge.

Chelsea made a breakthrough with their move to sign Timo Werner this month after agreeing a deal in principle with the Leipzig forward and Frank Lampard has made signing a left-back his next priority this summer window.


Chilwell is Lampard’s key target in this position but Leicester’s £80million asking price could prove difficult for the Chelsea – and recent reports claim Man City are providing strong competition for the defender.

Ajax’s Nicolas Tagliafico, Porto’s Alex Telles and Alex Sandro have also been linked with a move to the west London side in recent weeks.


However, current left-back Marcos Alonso appears confident that he is Chelsea’s best option at left-back and has ‘liked’ a fan’s tweet comparing his stats with those of Chilwell across the 2019/20 season.

It highlighted how Alonso had contributed towards more goals than Chilwell – despite starting 14 fewer games than the Leicester player – and pointed out that the Spaniard had also created more opportunities, recorded more clean sheets and even won more tackles per 90 minutes.

The tweet was in response to well-known Chelsea fan Alex Goldberg and his video discussing a move for the Leicester City defender. 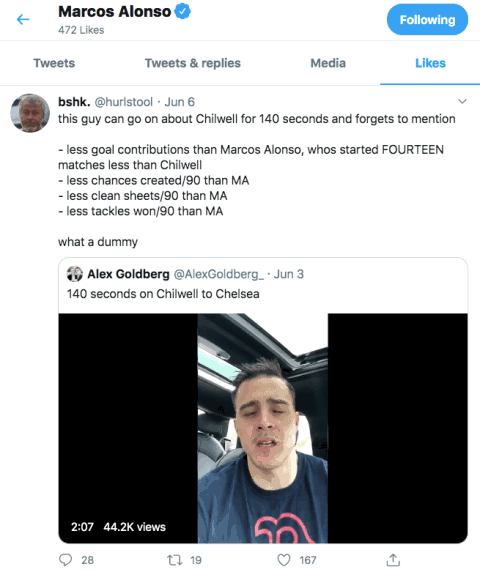 Former Chelsea player Craig Burley believes Chelsea could be title challengers next campaign if they stump up the cash for Werner and Chilwell in the summer window.

‘I think he [Lampard] showed enough last year to suggest that the players are responding to what he wants,’ the ex-Chelsea midfielder told ESPN.

‘Clearly now there is some confidence from the ownership because owners don’t spend money under managers that they’re not confident in.

‘The likes of [Tammy] Abraham, [Mason] Mount, [Fikayo] Tomori, Reece James all got good game time last year and a lot of experience under their wings, that’s a big bonus for him [Lampard] as well.

‘The other signing we talked about, Ben Chilwell I really, really like him. ‘I looked at clubs in England that might need a left-back, I thought Man City who have got full-backs but are having a problem in that area might go for him.

‘If Chelsea can get Ben Chilwell that would be a huge signing as well because he’s got unbelievable pace to get up and down that wing.

‘When Lampard likes to play [Marcos] Alonso, it’s in a back three, he doesn’t like him as the full-back, he has to play [Cesar] Azpilicueta there, but he’s a right footer.

‘Ben Chilwell will give them great balance down that left-hand side and if he can get those two signings on top of all those other players we’ve mentioned, Chelsea will be in the mix for it [the league title] next season, there’s not a doubt about it from me.’

10 months ago
Chelsea are reportedly preparing a huge £75million offer for Kai Havertz as they look to unite the attacking midfielder with Timo Werner. But they face huge competition for Havertz, with Premier League clubs Liverpool and Manchester United among the sides to have been linked with a move for the Bayer Leverkusen player. Leverkusen have […] 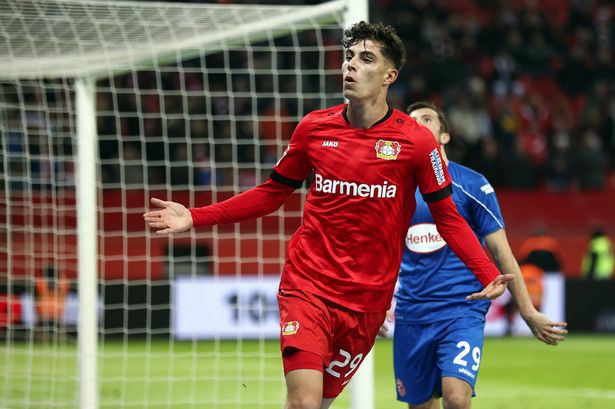