Mikel Arteta has revealed the reasons behind his decision to stay at Manchester City, after discussions with Arsenal and Newcastle United.

After calling time on his playing career with Arsenal, Arteta began his path as a coach under Pep Guardiola at Manchester City in 2016.

Last year, the 37-year-old held talks with the gunners about taking over from Arsene Wenger as manager, before he chose to remain at City and the Gunners went on to appoint Unai Emery.

However, the Spaniard once again decided to stay at the Etihad and continue to work under Pep Guardiola.

Asked about his decision to turn down Arsenal in an interview with SER Catalunya, Arteta said: “Yes, there have been some things, but the decision I have made is that I am very happy where I am, I feel very valued and fulfilled. And the road will continue here.”

Asked if he was very close to leaving for Arsenal last year. than he was this summer after Newcastle’s interest, he replied: “Sometimes, I was about to leave, but I stopped myself.

“The first [time] was different, the second was mostly me. Firstly, that I am not in a hurry and I have not felt that I need to take the step.


“There are important conditions, especially in a first experience for me that are vital and eventually… I learned that these are essential to develop what you want, no matter how clear your vision is.

“And the third is a matter of loyalty, when you promise someone to continue next year, with little time to manoeuvre, it was not appropriate to make that decision.

“And because I think we still have that space for improvement and that ambition to be able to do something we dream of, which is to win the Champions League. That work remains to be done.

“Winning the four domestic titles is something that nobody had done before and we did that with players who have a lot of development and improvement potential.

“And a group in which I am super comfortable.

“We have a staff environment where we are challenged daily but at the same time we have a very good human collective. And you are comfortable and have fun, and every day this good atmosphere helps a lot.”

Wed Sep 11 , 2019
Reece James is back in Chelsea training after recovering from an ankle injury that kept him out of the team’s pre-season preparations after requiring surgery on the injury he had. The defender enjoyed a fruitful spell for Wigan Athletic last campaign, earning himself a place in the Championship Team of […] 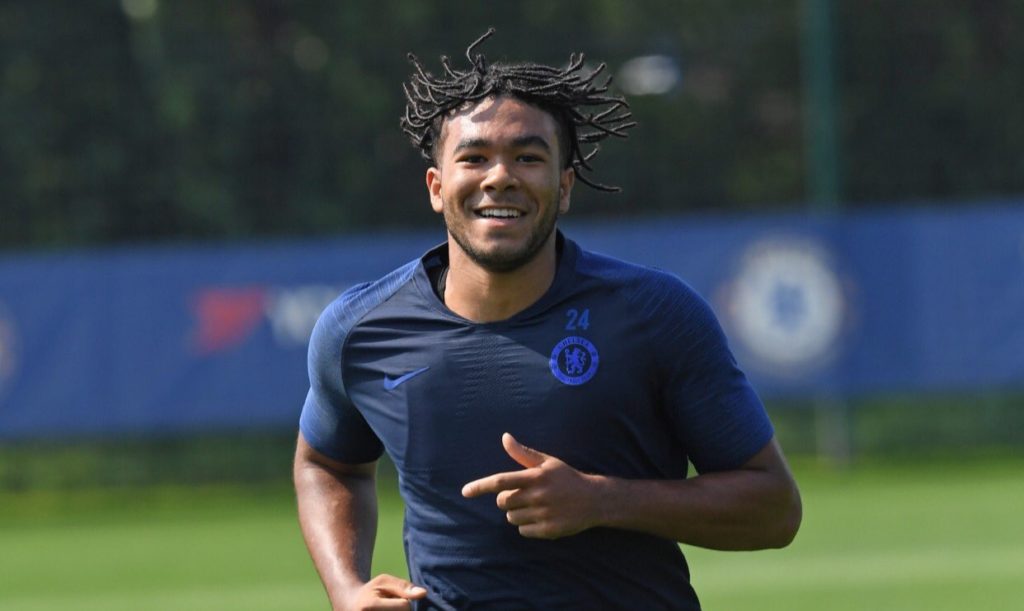