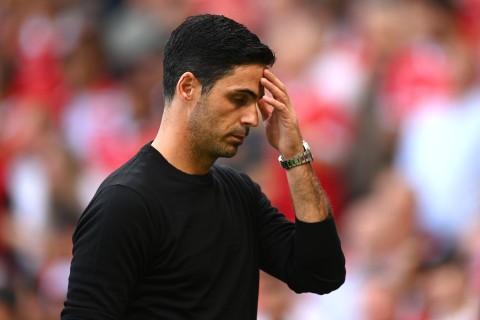 The Premier League leaders trailed at half-time thanks to Antony’s debut goal, but wrestled their way back into the contest through Bukayo Saka’s equaliser.


The Gunners went for the jugular at the point but were punished for their overexuberance when Marcus Rashford restored United’s lead with 24 minutes left.

At that point Arteta chose to roll the dice, introducing Emile Smith Rowe, Eddie Nketiah and Fabio Vieira, with Martin Odegaard, Zinchenko and Sambi Lokonga withdrawn from the action.


The decision backfired within two minutes as Rashford added his second after another swift breakaway after which Arsenal lacked the cohesion that had been hallmarks of their display up to that point.

Neville had been impressed with Arsenal’s performance, one which confirmed their status as challengers for a top four place but felt Arteta’s changes proved decisive against United.

He said: ‘They’ve been fantastic for 70 minutes but a bit of immaturity in the last 20 minutes.

‘I think the substitutions, the three changes, I thought was strange because I thought it’s a bit of a kitchen sink job whereby you could go and get done on the counter-attack which they did.


‘I don’t think they needed to do that at that point in the game there was still 20 minutes to go, they were playing really well. ‘They were creating chances and Manchester United’s goal on the counter was against the run of play.

‘All of a sudden it was a game that was made easier for Manchester United than Arsenal with those subs.

‘It might be a strange thing to say when they’re on the back of a 3-1 beating but I feel more confident in Arsenal’s top four chances after today than I do in the four or five games before.

‘They’ve been really good and they’ll get the other part of their game right more often than not.’

5 months ago
Roy Keane believes Manchester United will finish in the Premier League’s top four this campaign after Sunday’s win over Arsenal. After a disappointing start to the new campaign, Erik ten Hag’s new-look team have now won four in a row after they outsmarted the Gunners at Old Trafford. Mikel Arteta’s […] 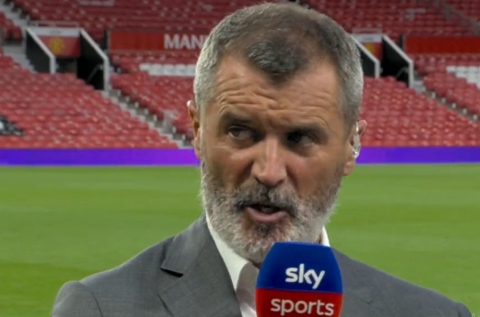