Liverpool are outpacing Manchester City at present, says Pep Guardiola as he concedes Liverpool’s form at present makes them untouchable in the Premier League title.

The Reds are now nine points clear at the top of the table – and 10 ahead of City ahead of their Sunday game at Southampton – after thrashing Arsenal 5-1 on Saturday.


Jurgen Klopp’s men are now unbeaten in their first 20 games of the season, and have scored 48 goals and conceded just eight so far this term.

Though Guardiola has spent in the region of £539 million on players since arriving at the club, the ex-Barcelona manager says his side are currently unable to compete with Liverpool.

“We did well so far,” said Guardiola prior to Liverpool going nine points clear. “We got 44 points in the first round.

“If you get the same number of points in the second round, that’s 88 points. With 88 points, you are champions. You have the numbers to be champions.

“Most of the Premier League champions in the past 20 years won it with less points. We did quite well. We did really well.


“But of course you have the past two games, against Crystal Palace and Leicester , and you have that sense, because there are two teams there now who are better than us in the last month.

“What can we say when Liverpool keep nine clean sheets and score a lot of goals? We cannot compete with that in terms of comparing with them.

“So we look at ourselves, and tomorrow against Southampton, we have to do what we do, and try to win, and when that happens, everything comes back to a normal position.”

Consecutive defeats to Crystal Palace and Leicester City have seen City surrender their grip on the title race, after their stunning 2017-18 season during which they accumulated 100 points.


But City will have the chance to reduce the gap and change the momentum of the title race when they face Southampton before hosting Liverpool on January 3.

Sun Dec 30 , 2018
Bayern Munich have made another bid, this time in excess of £20m, for Chelsea winger Callum Hudson-Odoi, according to Sky Sports. Bayern have made the England U19 international their No 1 target in the January transfer window. It was reported earlier on Saturday the Bundesliga outfit had made an offer […] 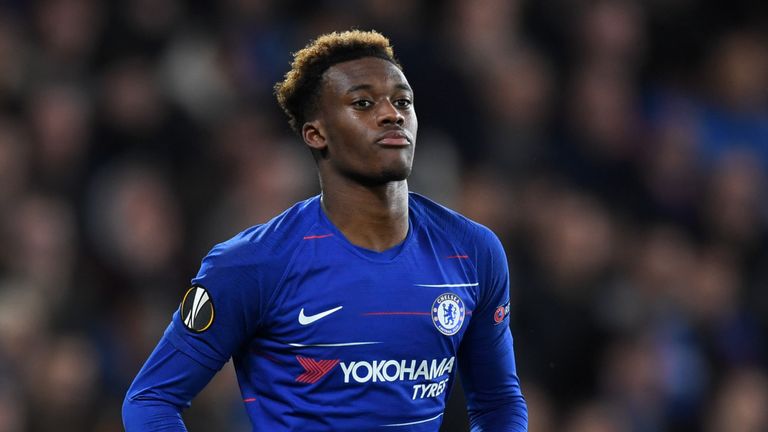