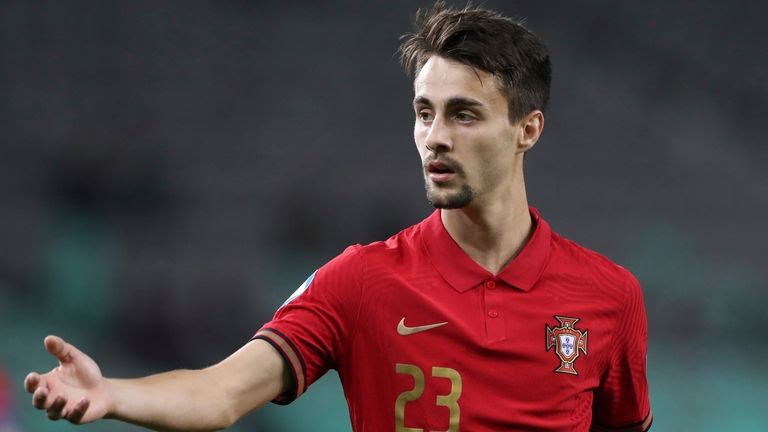 Porto have now confirmed the sale of midfielder Fabio Vieira to Arsenal in a deal worth up to £34million.


Vieira, who has mainly operated as an attacking midfielder or second striker for Porto, registered six goals and 14 assists in the Primeira Liga last campaign.

The Portugal Under-21 international is reported to have put pen to paper on a five-year contract and is set for a medical in London today.


Vieira becomes Arsenal’s third signing of the summer window after the completion of deals for goalkeeper Alex Turner and Brazilian star Marquinhos.

Commenting on the deal, former Arsenal player Jack Wilshere told talkSPORT: ‘I will be honest, I haven’t heard too much about him but I looked him up on YouTube when I saw the news break.

‘He looks good. Everyone looks good on YouTube but he looks like he has got a bit about him. Six goals and 14 assists from midfield. That’s impressive.

‘We all knew that Arsenal had to make some signings because they are in Europe. They need to get a bigger squad, so they are making moves, which is nice.’


However, reports claim the signing of Vieira will not impact Arsenal’s pursuit of Leicester City midfielder Youri Tielemans.

Another main target for the Gunners is Manchester City’s Gabriel Jesus, who worked closely with Mikel Arteta at the Etihad Stadium.

8 months ago
Manchester United have suffered another blow in their attempts to prise Frenkie de Jong away from Barcelona this summer transfer window. Erik ten Hag has made the Netherlands midfielder his top transfer target this summer and is keen to rebuild United’s midfield with de Jong playing a key role in […]