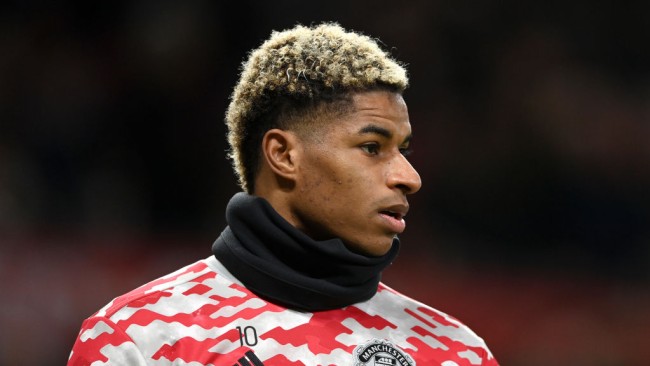 Marcus Rashford is ‘disappointed’ to have read speculations questioning the commitment of Manchester United stars to Ralf Rangnick and the club.

The Red devils have endured a slow start to life under their interim manager, with the defeat to Wolves on Monday leaving them in seventh place in the table.


There has been claims that as many as 17 players in the squad are unhappy, while Rangnick is reported to be fearing that dressing room unrest could hinder their chances of securing a top-four finish.

Rashford has been criticised himself, with Rio Ferdinand conceding the winger’s reactions on the pitch are ‘not what you want to see’.


In a post on Twitter, the England attacker hit back at the speculation circling around the team and insisted he is not ‘sulking’ or ‘unhappy’.

He wrote: ‘I read something earlier that said I’d been quiet on here but what can I say that will make this better other than showing you on the pitch?

‘I have endless respect for both and I’m looking forward to bettering my game under the staff at Manchester United.


‘I’m not sulking, I’m not unhappy, am I disappointed in some of my recent performances? Of course I am. I’m my own biggest critic.

‘It’s been a tough start but I’m determined to prove my worth. My dedication and my desire to be here should never be in question. I love this club.’

Sat Jan 8 , 2022
Mikel Arteta says Bukayo Saka should be ‘proud’ amid claims Liverpool are interested in signing the Arsenal attacker. The Arsenal star won the club’s player of the campaign award last term and shot to national prominence after he emerged as a major part of the England squad which reached a […]