Liverpool midfielder James Milner has revealed that Lionel Messi called him a ‘donkey’ during the Reds’ Champions League game against Barcelona.


Messi was angry with Milner at half-time during the first leg at Camp Nou after the midfielder clattered into the Barcelona star.

After hitting the deck, Messi squared up to Milner but the Liverpool midfielder, who can speak Spanish, has said that the Argentine continued his verbal tirade at half-time. ‘He wasn’t happy,’ Milner told the Mail on Sunday.


‘He was giving me plenty in Spanish going down the tunnel at half-time as well. He was calling me ‘burro’.

‘It translates as donkey but I think it’s also used in Spanish football as a general term for someone who goes around kicking people.

‘I asked him if he was all right, but he wasn’t having it. I don’t think he realised I understood his Spanish.

‘He said: ‘That foul you did, that’s because I nutmegged you’. I left him to it at that point and went into the changing room.

‘Look, I’ve only got admiration for him. He has earned the right to say what he wants.

‘The stuff he did in that game, stuff he has done his whole career, it makes him tough to play against.

‘If you try and stop him, you can’t be scared of being made to look foolish.

‘I’ve done it. I’ve been nutmegged by him and it has been viewed a million times. I wasn’t the first and I won’t be the last. He’s an incredible player.

‘But with players like that, you have to let them know you’re there and not let them have everything their own way. You just need to try to disrupt their rhythm.

‘You don’t want to hurt him but it’s a physical game and, if he’s running the game, you try and knock him out of his stride. It’s part of the game, the mental side.’

Sun May 26 , 2019
Ajax defender Matthijs de Ligt conceded he still does not know what the future holds for him as reports of a bidding war between Barca and Manchester United for his signature continue. The 19-year-old was the cornerstone of Ajax’s defence in their amazing run to the Champions League semi final, where they eventually lost out to Tottenham.  […] 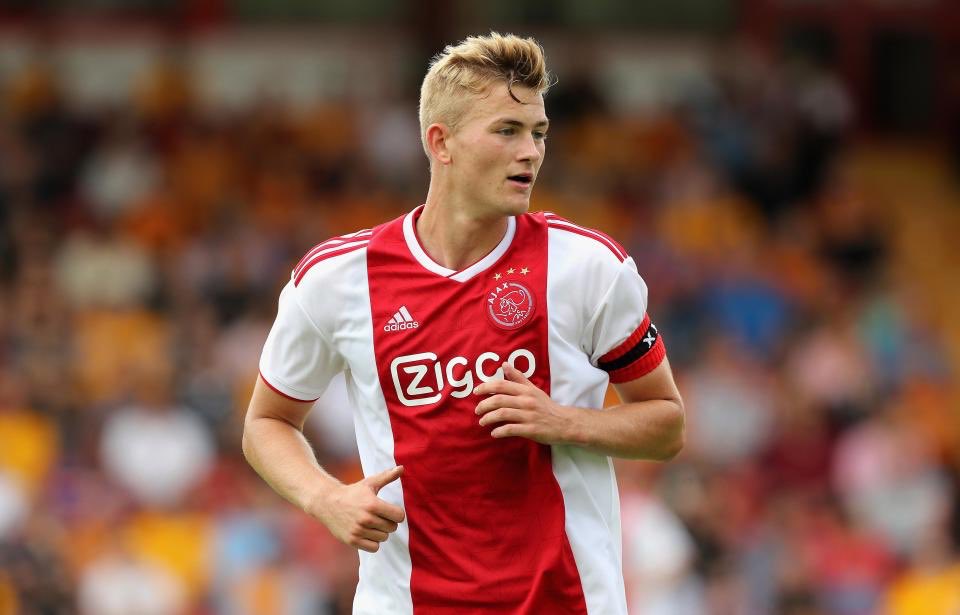