Lionel Messi criticised Barcelona supporters for their treatment of Philippe Coutinho after his team’s 3-0 Champions League victory against Liverpool.

Over 98,000 spectators were in the Camp Nou for a masterclass from Messi, who scored a brace in the second half to leave Liverpool needing a miracle at Anfield.


Despite the scoreline, Liverpool dominated large parts of the match and forced Barcelona into a change of system after the interval to stem the flow of Liverpool’s attacks.

While Luis Suarez scored the opener against his former club, Coutinho was less impressive and he was substituted on the hour mark to a chorus of boos from the home fans.

Messi is close friends with Coutinho and the Argentine slammed his own fans for booing the midfielder.

‘This is a time when we have to be more united than ever, both as players and fans,’ Messi said moments after full-time.

‘This is something we have to achieve together and it is not the moment to criticise anybody.


‘It is ugly to see [the crowd] treat a team-mate like that.’

Barcelona take a healthy three-goal advantage to Anfield and Liverpool will need to do something special to qualify for the final in Madrid.

Messi though says the game is not over and has warned his team-mates to expect a difficult game at Anfield.

‘We know that it is not decided,’ said Messi.


‘We still have to go to a very difficult stadium, but we are very happy.’

Thu May 2 , 2019
Police are searching for two burglars who broke into the home of Barcelona player Arthur Melo and threatened his brother with a machete while he was at the Nou Camp yesterday. The break-in occurred during Barcelona’s 3-0 Champions League win against Liverpool. The burglars are understood to have taken valuables […] 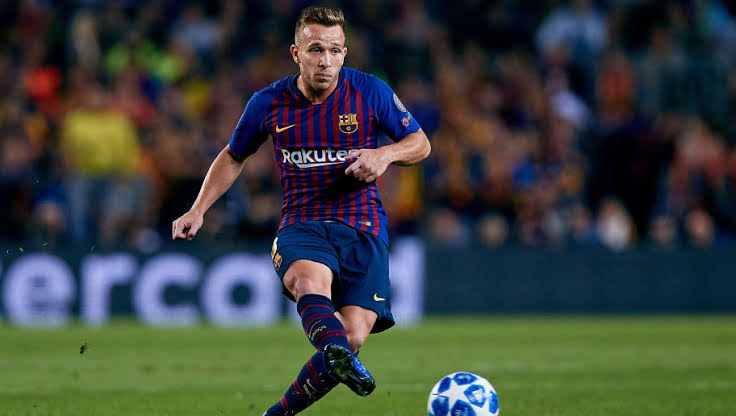