Virgil van Dijk has issued a warning to Lionel Messi and Barcelona after Liverpool’s 3-0 defeat in the first leg of the Champions League semi-final game.

Barcelona secured a win at the Nou Camp on Wednesday night, through goals from Messi and Luis Suarez putting the League champions in control.

However, Van Dijk appears to have hope of a comeback ahead of next week’s second leg at Anfield and believes Messi ‘won the battle but not the war’.

Speaking to Spanish outlet Sport, the defender said: ‘When you come up against Messi and he produces his best form you can’t do anything.

‘I’m grateful that I’m not in Spain and I don’t have to face him every season.


‘He scored two goals and I leave very disappointed. He won the battle but not the war.’

In another interview, Van Dijk said: ‘3-0 sounds very bad. It sounds like we had a proper shocker, but we created big chances against them and should have scored at least one.

‘Then it would be a totally different feeling to what we have now, but we have to take it how it is.

‘I know it’s going to be very tough to come to Anfield. We all have to believe, I will definitely believe, so we’ll see.’


Despite trailing by three goals ahead of the return leg, Liverpool head coach Jurgen Klopp said he was ‘really proud’ of his team’s efforts at Camp Nou.

Asked what he told his team in the dressing room after the loss, Klopp said: ‘I said I am really proud of them, that I really liked the game.

Sat May 4 , 2019
Wayne Bridge doesn’t believe Chelsea are capable of replacing Eden Hazard, with Cristiano Ronaldo and Lionel Messi the only two players who could match his impact for the club. Hazard is one of Madrid’s main targets this summer and he has spoken about moving to Real Madrid to play under his idol, […] 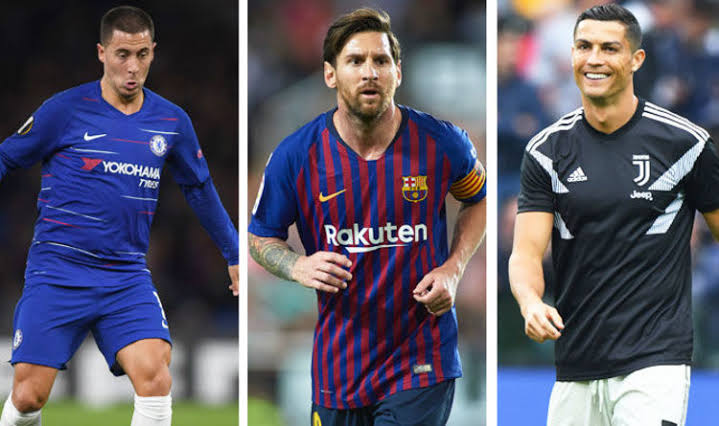