Barcelona star Lionel Messi broke down in tears after his dream of winning another Champions League with the Spanish giants collapsed against Liverpool.

The Argentina international was inconsolable in the Barcelona dressing room after the 4-0 loss at Anfield, where his side were on the receiving end of an incredible comeback in Europe for the second season in a row.


Messi was then selected for a drugs test by anti-doping officials and the team headed for Liverpool John Lennon Airport without him as a result.

Reports in the Spanish media have claimed that, on his arrival at the airport, Messi was involved in a confrontation with a group of Barcelona fans angry at their team’s
collapse in the Champions League.

Luis Suárez apologised for the manner of Barcelona’s exit from the competition and insists the players are ready to face the criticism coming their way.

“We are very sad, hurt,” he said. “We are human beings, we feel the pain, the frustration. We have to put our chest out for the bullets that will come now.


“It cannot be that in a minute we concede two goals. [For] the fourth goal we looked like youngsters. We have to understand all the criticism that is going to rain on us.”

Barcelona’s president, Josep Bartomeu, described the defeat as a “disastrous night” for the club and Ernesto Valverde, accepted questions would be asked of his future after another failure in Europe.

Thu May 9 , 2019
Desperation got the better of Luis Suarez during Barcelona’s Champions League defeat away at Anfield as he attempted to get Divock Origi’s winning goal for Liverpool ruled out. After being accused of disrespecting his former team during Barca’s 3-0 win at Camp Nou last week, Liverpool’s fans fully turned on […] 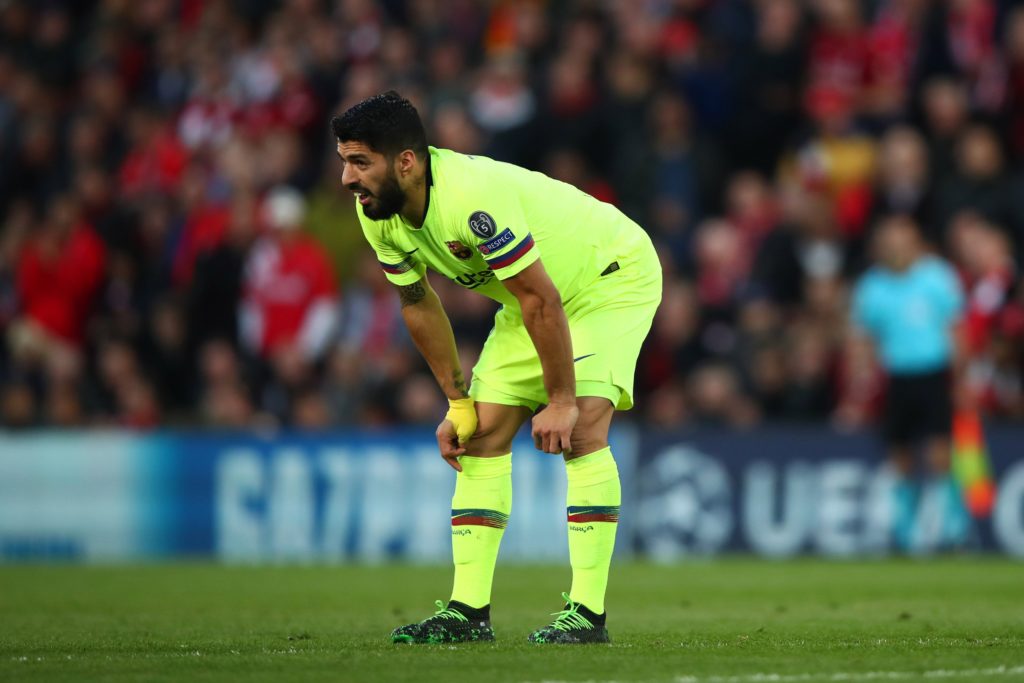