Desperation got the better of Luis Suarez during Barcelona’s Champions League defeat away at Anfield as he attempted to get Divock Origi’s winning goal for Liverpool ruled out.

After being accused of disrespecting his former team during Barca’s 3-0 win at Camp Nou last week, Liverpool’s fans fully turned on Suarez for his display at Anfield.


Chants of ‘f*** off, Suarez’ and ‘cheat’ were aimed at the forward, who looked to gain every advantage possible against his former side.

But Suarez took it one step further when Liverpool scored their fourth of the evening as Trent Alexander-Arnold caught Barca unaware with a quick corner which allowed Origi to get the goal.

Suarez had come back to defend with Barca 3-0 down and even before Origi had made contact with the ball, the former Liverpool forward had both arms in the air in order to get the corner retaken.

Once the ball had hit the net, Suarez immediately moved towards the assistant referee to appeal for the goal to be disallowed.


And as Liverpool’s players ran to celebrate their remarkable comeback, Suarez turned to Turkish referee Cuneyt Cakir still with his arms raised and protesting the decision to award the goal. 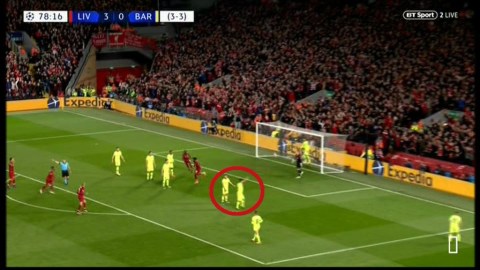 Speaking after the match, Suarez blasted his teammates and accused them of defending like a youth team for Origi’s second goal in the game.

‘We cannot commit the same mistake two years in a row, we have to think about many things and must be ourselves, tell us things in the face, things that we’ve done wrong,’ said the striker.

‘It’s not possible that in one minute we concede two goals. Their fourth goal? We looked like a youth team there.


‘The coach does not have to be reproached, we are the ones who have to ask for forgiveness.’

Thu May 9 , 2019
Jose Mourinho felt Ajax’s insistence of sticking to their philosophy contributed to their dramatic exit out of the European competition. The Amsterdammers went into a 2-0 half-time lead in the second leg of their tie against Tottenham, goals from Matthijs de Ligt and Hakim Ziyech gifting them a 3-0 aggregate lead with just […]