Luis Suarez is angry with the manner of Barcelona’s defeat to Liverpool and has accused his teammates of defending ‘like a youth team’ for Divock Origi’s important goal at Anfield.

Barcelona appeared to be on course to reach the Champions League final after getting a 3-0 win in the first leg at Camp Nou last week.


But Jurgen Klopp’s team completed a shocking comeback to secure a 4-0 victory and book their place in the final in Madrid on June 1 where they will play either Tottenham or Ajax.

Divock Origi’s early opener plus a brace from Wijnaldum pulled Liverpool level on aggregate before Trent Alexander-Arnold’s corner caught Barcelona by surprise and allowed Origi to score his second of the match.

The defeat means that Barca have suffered a huge upset in the Champions League for the second season running as they were eliminated by Roma at the quarter-final stage last campaign despite registering a 4-1 win in the first leg.


And Luis Suarez is furious as Barcelona have failed once again to get to the Champions League final.

‘We are very sad, very hurt,’ Suarez said after the match. ‘It’s time to do a lot of self-criticism in our team, it is the second time that this has happened.

‘We cannot commit the same mistake two years in a row, we have to think about many things and must be ourselves, tell us things in the face, things that we’ve done wrong.

‘It’s not possible that in one minute we concede two goals. Their fourth goal? We looked like a youth team there.


‘The coach does not have to be reproached, we are the ones who have to ask for forgiveness.’

Wed May 8 , 2019
Maurizio Sarri conceded Chelsea cannot compete with Premier League leaders Manchester City and Liverpool next campaign unle their transfer ban is overturned. Chelsea will take their fight against FIFA’s two-window transfer embargo to the Court of Arbitration for Sport (CAS), with Sarri admitting they will struggle to chase next term’s title […] 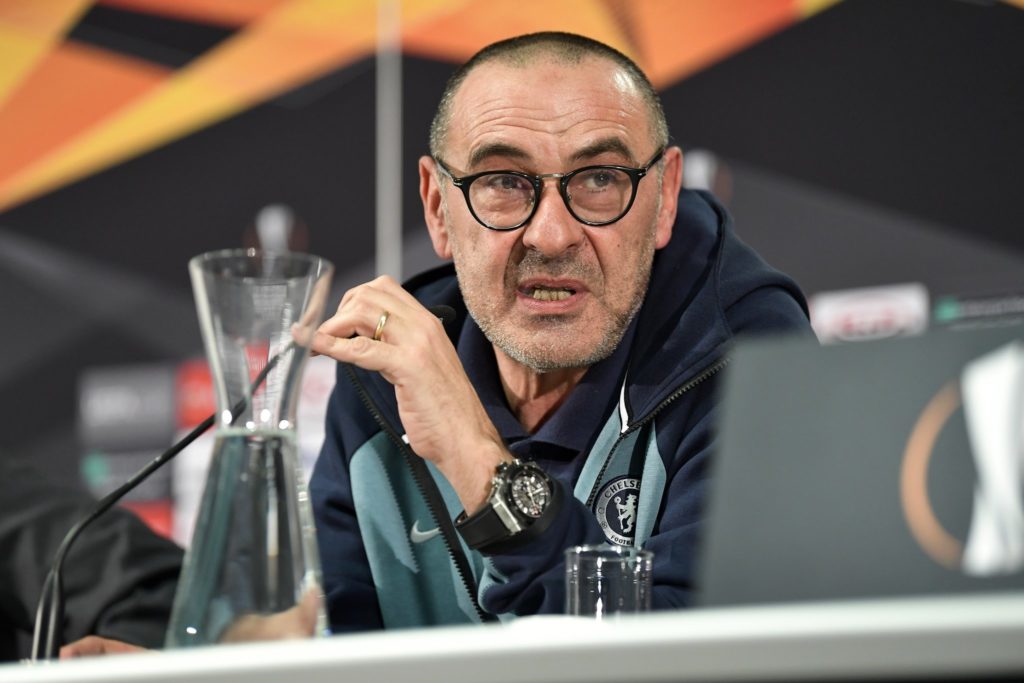