Virgil van Dijk believes Liverpool must defend ‘together’ as a unit against Lionel Messi when they fight Barcelona for a place in this year’s Champions League final.

Liverpool sealed their spot in the final four with a 6-1 aggregate win over Porto on Wednesday after Sadio Mane, Mohamed Salah, Roberto Firmino and Van Dijk all got a goal each in a one-sided second leg.


The Reds face Barcelona for the first leg of a scintillating semi-final this month and come up against Messi who is currently in the form of his life.

Messi produced an outstanding performance on Tuesday, inspiring Barcelona to a 4-0 aggregate win over Manchester United with a brace at the Nou Camp.

Asked how he plans to stop Messi after Liverpool’s defeat of Porto, Van Dijk told Viasport Fotball: ‘I don’t know, we’ll see. It’s going to be a great match-up for all of us.

‘Obviously we’re very happy to be in the semi-final again and that’s the only thing I can say.

‘It’s about doing it all together, it’s never 1 vs 1, it’s never just me against a particular striker. ‘It’s always us against everyone and I think that’s the only way we can defend well.


And it’s going to be very hard and I think he’s the best player in the world but we’ll see.’

Klopp has never before managed in a competitive game against Barca and he is ‘looking forward’ to the clash.

‘We played better this season. It was always going to be a whirlwind here and that was what it was. Second half the energy level dropped for Porto and we could control the game and score the goals,’ he said after Liverpool’s win over Porto.

‘We are more experienced, that is clear. We had difficult away games and we knew it would be the same as at City and Roma last year. It is all good. A difficult game but we go to the semi-finals.


‘It is first time for me to play Barcelona, apart from in friendlies. I am looking forward to that.’

Thu Apr 18 , 2019
David De Gea apologised to his Manchester United team-mates after his Nou Camp mistake sealed their Champions League exit. The Spain international was inconsolable after allowing Lionel Messi’s second goal to roll under his body as Barcelona got an easy 4-0 aggregate win. He could do nothing about the first, […] 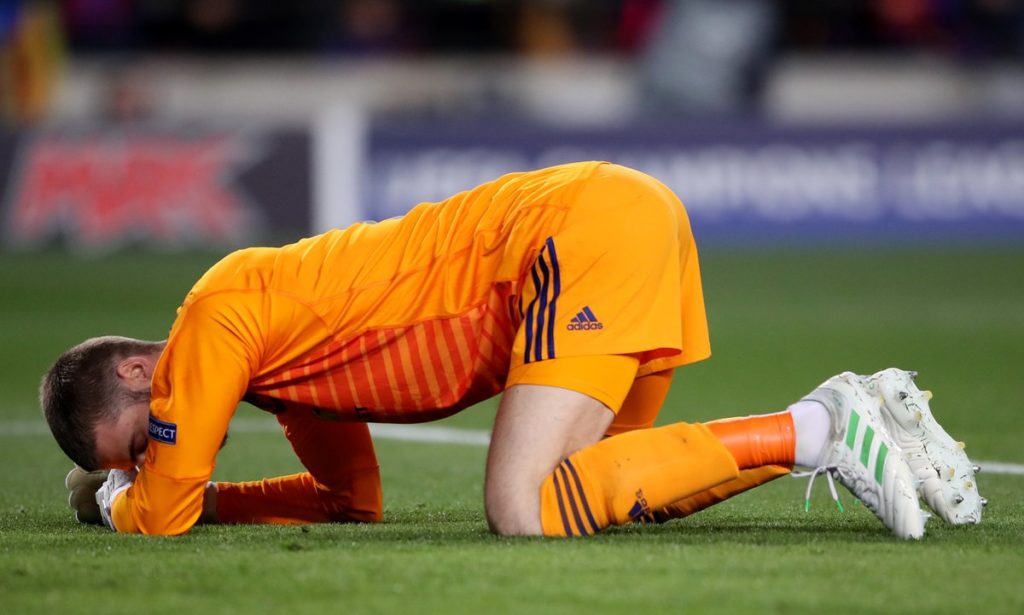