Suarez got between Van Dijk and partner Joel Matip in the first half, latching onto Jordi Alba’s cross to turn the ball past Alisson.


Barcelona went on to win 3-0 at home, with Lionel Messi tapping home as Suarez hit the crossbar before hitting a magnificent free-kick to notch his 600th goal for the club.

However, retired defender Ferdinand feels the recently-crowned PFA Player of the Year should have done better to prevent Barcelona from getting the first goal.

“He can see Suarez, he’s pointing where he wants it, it’s not rocket science. He’s right in from of him.


“That’s your man, the number nine on the back of his shirt. Static. Virgil van Dijk there, static. And that’s criminal in that position.

“He’s got to be Matip’s eyes and ears, move Matip where you want him to stop the ball in the first instance. But if not, you have to go with your man there. And he’ll be disappointed with that, I’m sure.”

Van Dijk has been widely praised for his role in making m Liverpool’s once-leaky defence solid, seeing them concede the fewest goals of any team in the Premier League this campaign.

The Dutchman has also contributed five goals and four assists from his 46 matches in all competitions.


However, the 3-0 scoreline recorded at Camp Nou was part of a rare defensive lapse from Liverpool that has left their hopes of getting to the final hanging by a thread. Their failure to score an away goal means that, should Barca score at Anfield, Liverpool would need to score five without any reply.

Fri May 3 , 2019
Former Chelsea head coach Jose Mourinho has aimed a veiled dig at Gary Neville and Paul Scholes after their forgettable time in coaching, with Mourinho stating that you have to “be born with some talent” in order to succeed. Two ex-Manchester United players were often outspoken in their criticism of Mourinho during […] 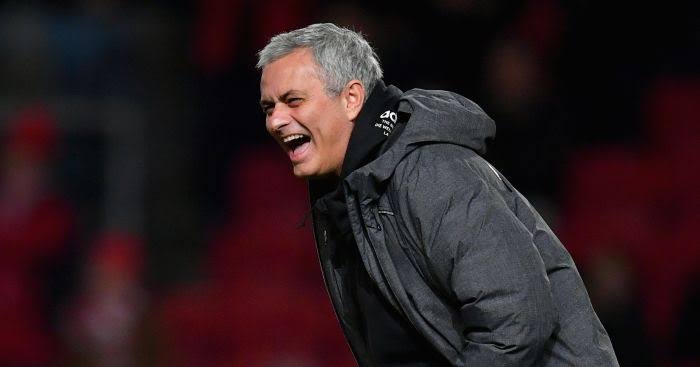