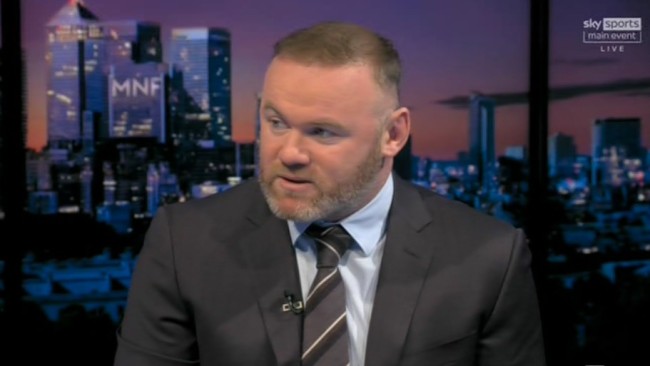 Former Manchester United player Wayne Rooney believes Tottenham have the upper hand over Arsenal in the race to finish fourth in the Premier League table.

Mikel Arteta’s side missed the opportunity to retake fourth spot after their 3-0 defeat to Crystal Palace at Selhurst Park on Monday.


Spurs, meanwhile, delivered an impressive 5-1 victory over Newcastle on Sunday, which put them fourth in the table and ahead of Arsenal on goal difference.

The Gunners still have a game in hand over their London rivals but Rooney believes Antonio Conte has a major advantage due to the experience in his team.


‘I think it’s Arsenal or Tottenham, it’s between the two of them,’ Rooney told Sky Sports. ‘I look at Manchester United’s form of late, I don’t think they’re going to challenge for it.

‘It’s between Tottenham and Arsenal and I think Tottenham have got the experience in the squad, I give them the upper hand.

‘It’s almost like no one wants that fourth place, I think that’s the inconsistency of the teams below Manchester City and Liverpool.

‘I think they’ve set the marker, they’re two incredible teams who perform every week, and the teams below them, Chelsea, Manchester United, Arsenal and Tottenham, they are a little bit inconsistent and that shows in their league position.’

‘I think the fact Arsenal’s game in hand is Chelsea is a bit of a worry in some ways.’

8 months ago
Patrick Vieira and Wilfried Zaha claims putting pressure on Arsenal’s players was a major part of Crystal Palace’s game plan after their 3-0 win at Selhurst Park on Monday. The Gunners delivered one of their worst displays of the season as goals from Jean-Philippe Mateta and Jordan Ayew gave Palace […] 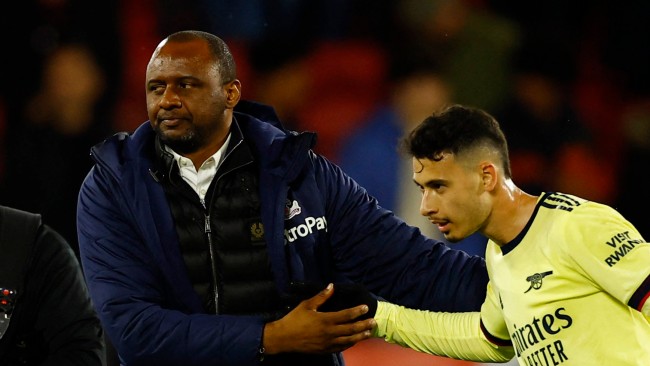