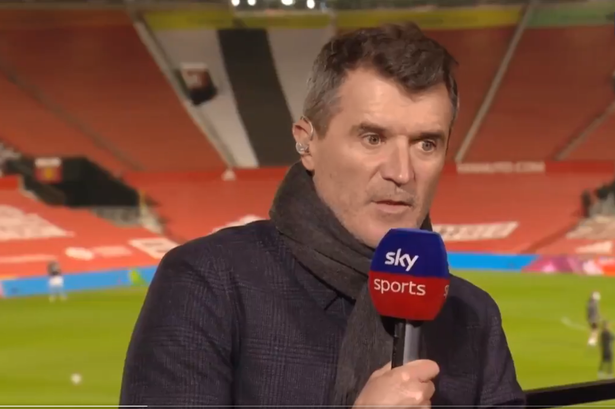 Roy Keane has said Bruno Fernandes still has to prove he is a ‘top player’ and says the midfielder did not turn up in Wednesday’s Carabao Cup semi-final defeat to Manchester City.

United lost their fourth semi-final in succession against rivals City at Old Trafford, with goals from John Stones and Fernandinho securing a 2-0 victory for Guardiola’s side who will now play Spurs in the final in April.


Although Keane felt the Red devils played well and were outclassed by an excellent City, he believes the onus is on Fernandes to step up in big games to get over the line in their quest to win silverware.

Asked how they can end their run of defeats in semi-finals, having also lost in the FA Cup to Chelsea and the Europa League to Sevilla last season, Keane said on Sky Sports: ‘It’s not easy, it’s not easy winning football trophies.

‘Fernandes has had great praise and over the past month people have been comparing him to people like Eric Cantona etcetera.

‘But Cantona [won trophies]. Fernandes didn’t really do much tonight. ‘The top players turn up on the big occasions, and that’s what the Cantona’s used to do to get their hands on trophies. And that’s where this team is a little bit short.


‘They’ll probably need one or two more players to come into the squad, no doubt, and the mentality they need – maybe the confidence of winning this semi-final to get them over the line and then you get momentum.

‘And they just didn’t quite have it tonight. But credit to City. United were up against an outstanding Manchester City team tonight who turned up and put on a good show.’


Keane added: ‘The next game is always your most important game. Against Watford [in the FA Cup], Championship team, no doubt United will rotate and rest some players.

‘And then Burnley certainly won’t be an easy game for them but you can’t take your eyes off the Liverpool game. If United go and win at Burnley and then win at Liverpool, they could be six points clear of Liverpool.

‘Bizarre when you think of the start to the season that United had, so United, Ole and the players have to stay positive and look forward to the upcoming games.’

6 months ago
Paul Pogba has revealed the Manchester United squad are ‘disappointed and annoyed’ after they were eliminated out of the Carabao Cup by bitter rivals Man City. Goals from John Stones and Fernandinho were enough to secure a 2-0 win for Man City on Wednesday night as the Red devils missed out on a […] 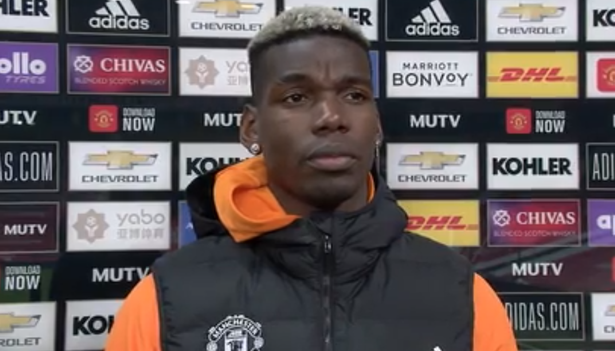