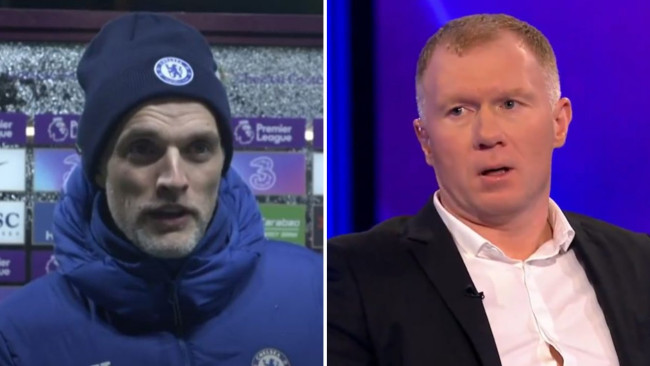 Paul Scholes claims Thomas Tuchel must have been ‘watching a different game’ after the Chelsea boss claimed the draw with Manchester United was full of ‘high quality’.

Chelsea and United played out a goalless draw at Stamford Bridge on Sunday. And it leaves Chelsea fifth in the table and Solskjaer’s side 12 points behind league leaders Manchester City in second.


In the first half of the game, United thought they were about to be awarded a penalty after a VAR review appeared to show Hudson-Odoi handle the ball in the area, but referee Stuart Attwell dismissed the appeals after consulting the pitchside monitor.

After the match, Tuchel told Sky Sports: ‘It was a high quality game between two very strong teams. We suffered in the first half but overall it was an even game. In the second half I thought we were really strong.

‘I thought we were closer to winning it, but there was a lot of quality on the pitch. Performance-wise I’m satisfied. We defended very well in the last line and I’m very happy with that.’

While responding to Tuchel’s comments, Scholes on Premier League productions, said: ‘I actually think Tuchel was watching a different game on his iPad when he said it was a game full of high quality.


‘I didn’t see one bit of quality throughout the game. The number of times players got in good positions but failed with easy passes. Scott McTominay, Bruno Fernandes…

‘There was quality on the pitch, don’t get me wrong, but did any of them show it? I don’t think they did.’


Tuchel added that he was ‘absolutely happy’ with the blues’ point against the Red devils, despite the fact a victory would have taken them above fourth-placed West Ham.

‘We were not good enough in the first half to attack the spaces,’ he added. ‘To find the solution was not always easy and we lost a bit of confidence with some easy ball losses.

‘We said at half-time not to worry. We changed to a 5-3-2 to have higher ball recoveries and to regain confidence, and the boys did that very well. We were very close to winning.

‘We take what we got. I’m absolutely happy. Against a team like Man United you don’t get many chances.’

Ole Gunnar Solskjaer, meanwhile, felt his team were denied an obvious penalty in the match, He said: ‘It was a penalty, 100% nailed on. If that’s a natural position for a hand to be in when the ball comes in then I must be blind.

‘We wanted to win. Apart from the last quality or pass being not good enough… we had great pressing, desire, work-rate… There was a great save by David de Gea and we got the clean sheet.

‘That’s what let us down, that quality on the ball. The first half was scrappy. Poor game really. But then we played some good stuff at times. When we settled we created a few chances but we didn’t have enough.’

2 months ago
There was a touching moment following Liverpool’s 2-0 win over Sheffield as Curtis Jones dedicated his goal to Alisson and his father, who died aged 57 last week. Jose Becker was found dead at midnight on Wednesday after drowning in a lake near his holiday home in Brazil. As a […] 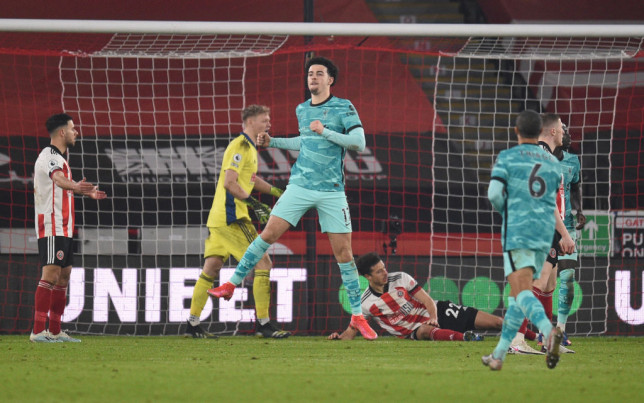