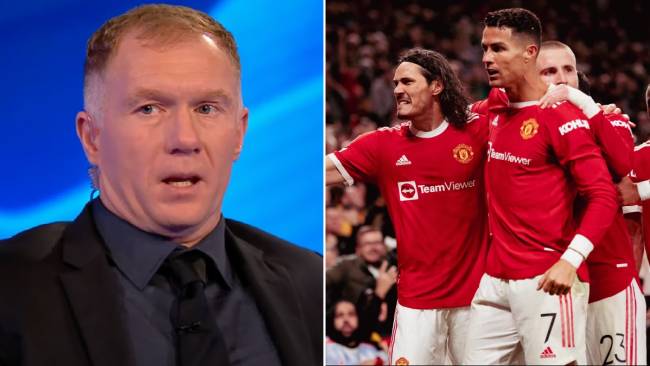 Cristiano Ronaldo scored an header in the 81st minute to complete a superb comeback in Wednesday’s thriller, with the result sending the Red devils two points clear at the top of Group F.


Marcus Rashford and Harry Maguire had earlier struck to cancel out the first-half goals from Mario Pasalic and Merih Demiral at Old Trafford.

The result will have eased some pressure from Solskjaer, with United losing four of their previous seven matches, but Scholes was left fearing for his former side ahead of their clash with Liverpool.


Asked whether it was a victory worth celebrating, Scholes told BT Sport: ‘You celebrate every win don’t you? It’s just the first half really worried me.

‘As I’ve said before – and people are going to say I’m miserable and I’ll probably get slagged off by United fans – but I looked at that game thinking about Liverpool on Sunday, thinking about Manchester City, maybe it’s the wrong thing to do.

‘Because I thought United were all over the place in that first half, they were disjointed. They had the two midfield players playing on their own.’

The former United and England player added: ‘If you do that against Manchester City or Liverpool, it would be 3-0 or 4-0 at half-time and you’d be out of the game and you’re not coming back.


‘Yeah, it’s great watching, seeing the excitement, seeing the United way, all the smiles on their faces, all the goals, all the shooting, all the attacking, it’s brilliant, I know that. ‘But that first half just stuck with me.’

Scholes is confident United will get blown away should they produce a similar performance against bitter rivals Liverpool this weekend.

‘They showed great fighting spirit, but they conceded so many chances,’ he added. ‘If you’re playing against quality players, there’s no way you’re winning that game. Not a chance.

‘Now everyone will get a bit carried away with this euphoria. Will he play that way on Sunday against Liverpool?

‘If it was that brilliant and that good, everyone’s smiling and everyone’s happy. Go and do that on Sunday against Liverpool and see what happens.

‘Imagine Jurgen Klopp at home watching that game in the first half. He’ll be rubbing his hands together.’

1 month ago
Peter Crouch believes that Manchester United head coach Ole Gunnar Solskjaer is more susceptible to criticism due to his lack of top experience. The Red devils team pulled off a remarkable second-half comeback to beat Atalanta 3-2 in the UEFA Champions League on Wednesday. After finding themselves 2-0 down at the […] 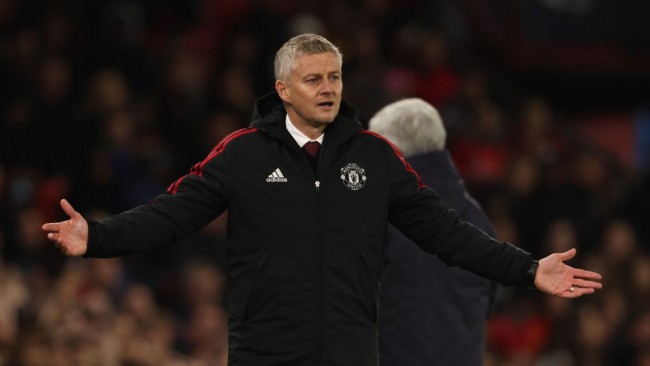