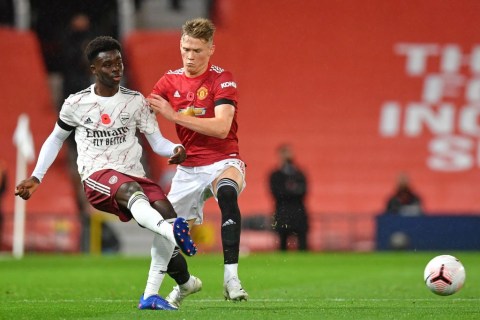 Paul Scholes was scathing in his assessment of Manchester United midfielders Scott McTominay and Fred at Old Trafford.

The former United star accused both players of playing too defensive against the gunners after they lost 1-0 to Arsenal.


Ole Gunnar Solskjaer set his team up in a diamond formation after the huge success against RB Leipzig. But that played into Mikel Arteta’s hands with Arsenal happy to keep the club narrow.

It meant United were largely blunted in attack and failed to even test Arsenal keeper Bernd Leno. But In the second half, Paul Pogba fouled Hector Bellerin in the box – allowing Aubameyang to end his five-game goal drought in the league from the spot-kick.

That turned out to be the only goal of the clash with the Red Devils unable to break down their opponents defence.

“It’s as poor as I’ve seen Manchester United at Old Trafford to be honest with you,” Paul Scholes told Premier League Productions.


“You have to give Arsenal credit, they were very good but on other hand you have to expect more from United and the two midfield players especially.

“I said at half-time if you’re going to get your best, most creative players who can score goals on the ball then the two in midfield have to have some kind of possession and some kind of control but the quality was missing from them two.


“They were playing as centre halves, not central midfield players.”

However, for the opposition, Thomas Partey had an outstanding game, And Scholes was in awe, stating that he was impressed by the midfielder’s performance.

“He’s an all-round midfielder,” he added. “You don’t see many players like that these days. Midfielders are attacking midfielders or holding midfielders but a midfield players’s job is to do everything.

“You have to contribute with everything and today he did a brilliant job in all departments.”

Guardiola believes the Premier League should be stopped: 'Football cannot be an exception'

3 months ago
Manchester City manager Pep Guardiola has cast doubt on whether the Premier League should continue through a second national lockdown. Prime Minister Boris Johnson announced the new restrictions on Saturday with all non-essential services to close starting from Thursday this week for a four-week period. But elite sport has been given an […] 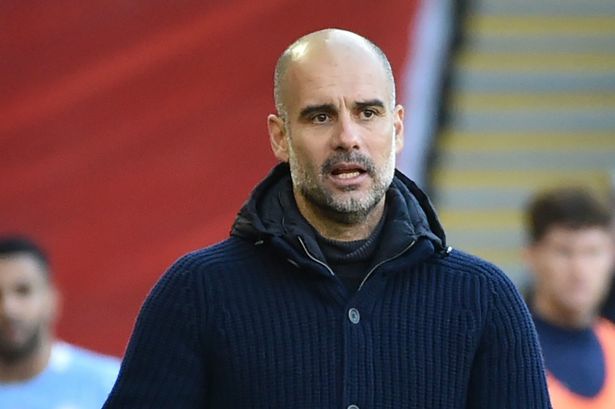