Sir Alex Ferguson revealed he met with current Manchester City manager Pep Guardiola in September 2012 to offer him the opportunity to take over at United, a throwback documentary reveals.

The 77-year-old was in charge at United for 26 years, winning 38 trophies, including 13 Premier League titles, five FA Cups and two Champions Leagues.


However, when he retired from management at the end of the 2012/13 campaign, clinching a final Premier League title with an ageing squad in his last year. Things went downhill quickly for the club, as David Moyes took over and finished 7th in his first year in charge.

But, Sir Alex Ferguson claimed the situation could have been very different at the club.

He detailed in Netflix documentary “Sir Alex Ferguson: Secrets of Success” how he met with Guardiola while he was still incharge at Bayern Munich.

Sir Alex said on the 2015 documentary: “I took Pep Guardiola for dinner in York in September before I knew I was going to retire.


“But I never got a call and I don’t think we made a mistake at all with Moyes.

“We chose a good football man who did a great job at Everton. Unfortunately, it didn’t work.”

Guardiola went on to sign a five-year contract at Manchester City in 2016, earning around £15million a year.

He won the Premier League and the Carabao Cup with the Citizens in only his second year and could be also retain the league this year.

However, they will have to overcome Liverpool today in a huge Premier League game which could prove important later down the line.


Liverpool are currently at the top of the league on 54 points, but City can overtake Tottenham and close the gap to just four points with a win today.

Thu Jan 3 , 2019
Everton reportedly want to sign Barcelona’s Malcom, but face competition from China after a £45million bid was made for the forward. Malcom only joined Barcelona in the summer, signing for the La Liga leaders after they hijacked Roma’s move for the Brazilian at the eleventh hour. The 21-year-old was on […] 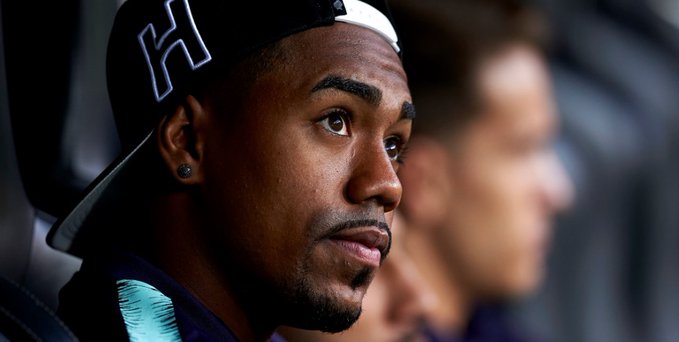