Everton reportedly want to sign Barcelona’s Malcom, but face competition from China after a £45million bid was made for the forward.

Malcom only joined Barcelona in the summer, signing for the La Liga leaders after they hijacked Roma’s move for the Brazilian at the eleventh hour.


The 21-year-old was on his way to Rome to complete a medical when Barca outbid Roma and pulled off a last-ditch steal, but has been linked with a move to Arsenal in recent months.

Goal claim Chinese Super League side Guangzhou Evergrande have made a huge £45m offer for Malcom.

Barcelona are prepared to offload Malcom after he managed just nine games this campaign.

Malcom is concerned about his lack of playing time and how it has affected his chances in Brazil squad.


Spanish publication Marca claim that while Barcelona have recieved a bid for the attacker, Everton are considering reigniting their interest in him.

Arsenal were reported to have enquired about Malcom earlier in the campaign as Unai Emery looks to add further quality to his team.

Emery wants to sign another forward this January after Danny Welbeck was ruled out for the rest of the campaign due to injury.

Despite the interest, Malcom wants to stay at Camp Nou and has no plans to leave the club this month.


While Arsenal and Everton may have to wait until the summer to move for the Brazilian, both clubs are expected still to do some business this January.

Everton have just one win in their eight league matches, while Arsenal’s team has picked up several injuries to key players this campaign.

Denis Suarez to join Arsenal from Barcelona for £14m

Sat Jan 5 , 2019
Barcelona star Denis Suarez is close to completing a transfer to Arsenal after falling out of favour at the Camp Nou. The midfielder has played just two league matches so far this season and at 24 years of age is desperate for regular first team football. Suarez worked under Emery […] 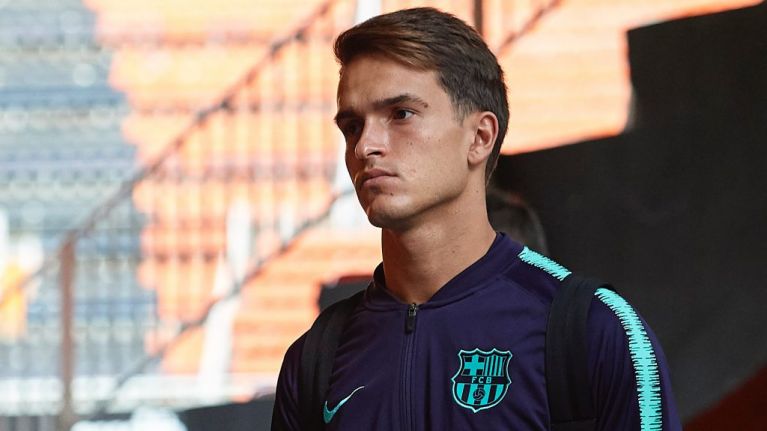