Barcelona star Denis Suarez is close to completing a transfer to Arsenal after falling out of favour at the Camp Nou.

The midfielder has played just two league matches so far this season and at 24 years of age is desperate for regular first team football.


Suarez worked under Emery at Sevilla and Arsenal are expected to pay around £14million to complete a deal, according to Gianluca Di Marzio.

The Spaniard’s arrival will be viewed as a replacement for Aaron Ramsey, who looks ready to sign for Juventus on a free transfer.

However, Arsenal see little value in offloading Ramsey now and want to keep him for the rest of the season as they target a spot in the top four.


Denis Suarez has one cap for Spain and was tracked by Roma and AC Milan before Arsenal pipped the Serie A giants to his signature.

The Spaniard spent two years in Manchester City’s academy but was allowed to make a move back to Spain as he was homesick.

Emery would like to strengthen at defence in the January transfer window but the Gunners are short on funds and may need to sell before they can sign again.

Sat Jan 5 , 2019
Manchester City have agreed to sell Brahim Diaz to Real Madrid in a £22 million deal. The European champions will pay an initial £15.5 million for the Spain Under-21 midfielder with a further £6.5m payable in add-ons depending on his success at the Bernabeu. The transfer could be announced today. […] 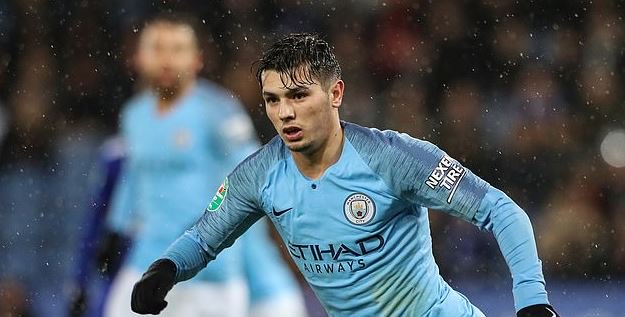