Manchester City have agreed to sell Brahim Diaz to Real Madrid in a £22 million deal.

The European champions will pay an initial £15.5 million for the Spain Under-21 midfielder with a further £6.5m payable in add-ons depending on his success at the Bernabeu. The transfer could be announced today.


City have also negotiated a 15 per cent sell-on clause on any future transfer, although if Manchester United tried to sign Diaz in the future City would receive 40 per cent of any sell on fee.

The Premier League champions believe the deal represents excellent value for a 19-year-old with just six months left on his deal and who is yet to make a league start for the club.

Nonetheless, Diaz was held up by City chairman Khaldoon al Mubarak as one of the best of the club’s academy alongside Phil Foden and Jadon Sancho, however City have now lost two of that trio.

Sancho quit City for Borussia Dortmund in an £8m deal in August 2017 over a lack of playing time and Diaz has decided to join Real after becoming frustrated by a shortage of first team chances.


The arrival of Riyad Mahrez in a club record £60m deal from Leicester in the summer knocked Diaz further down the pecking order and gingered his desire to exit City.

The teenager is represented by Pere Guardiola, brother of City head coach Pep Guardiola, but not even that has been enough to make him stay.

Diaz will hope his career blossoms away from England in the way it has for Sancho in Germany. Sancho has since established himself as a full England international and is a key part of Dortmund’s push for the Bundesliga title.

Sat Jan 5 , 2019
Bayern Munich head coach Niko Kovac has confirmed that his club are following Chelsea’s Callum Hudson-Odoi, while refusing to state whether a transfer bid had been made. Hudson-Odoi is considered one of the most talented youngsters currently at Stamford Bridge. The 18-year-old has found first-team football hard to come by […] 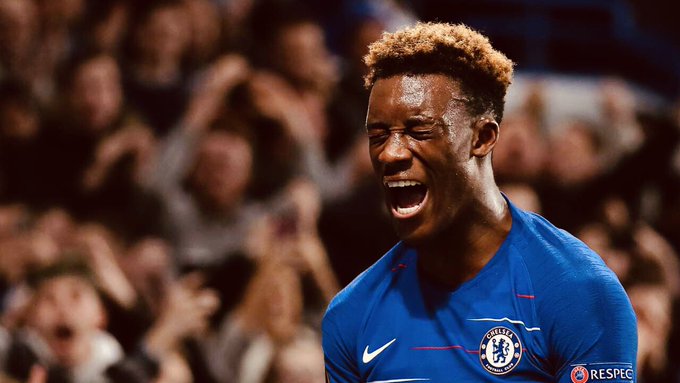