Bayern Munich head coach Niko Kovac has confirmed that his club are following Chelsea’s Callum Hudson-Odoi, while refusing to state whether a transfer bid had been made.

Hudson-Odoi is considered one of the most talented youngsters currently at Stamford Bridge.


The 18-year-old has found first-team football hard to come by with Chelsea, making just three Premier League appearances to date.

Goal reports that Bayern have now made a £30 million offer for the teenager’s services , with Chelsea also admitting interest from them.

And Kovac conceded that Hudson-Odoi was in the club’s sights.

“[Hudson-Odoi] is from the same year as [Borussia Dortmund’s Jadon] Sancho, which was very succesful,” the Bayern coach explained to reporters.

“It is completely normal that we are aware of and are following the player. For if and when something will happen you will have to ask Brazzo (Bayern’s sporting director Hasan Salihamidzic).”


Sancho left Manchester City for Dortmund in 2017 aged just 17, and now commands a starting place in the BVB team who lead the Bundesliga after a storming start to the campaign.

But Blues coach Gianfranco Zola hopes he will dismiss the interest from Bayern and stay.

“We have had a contract with him for a while and we will see what the player wants,” the Italian had explained on Friday.

“He has not played what he wanted. I have told him it is not a waste of time, because you are pushed to do more and I hope he uses this time in a wise way. He will be a very good thing in football.


“I understand he has requests but I believe that he has a bright future.

“For 18 years old, he has a lot of potential. You have to understand the journey is not finished, he has to have a good attitude. It is not important he plays straight away, it is about developing. He has to keep an open mind to improve.

“I believe we can help him, develop him and I believe he has a future in this club.”

Sat Jan 5 , 2019
Paris Saint-Germain midfielder Adrien Rabiot has reportedly reached an agreement to join Barcelona at the end of the term, according to Sky. Rabiot, a product of PSG’s academy, will receive in the region of £9m-a-year at the Camp Nou, plus an additional £9m signing bonus. With his contract at PSG […] 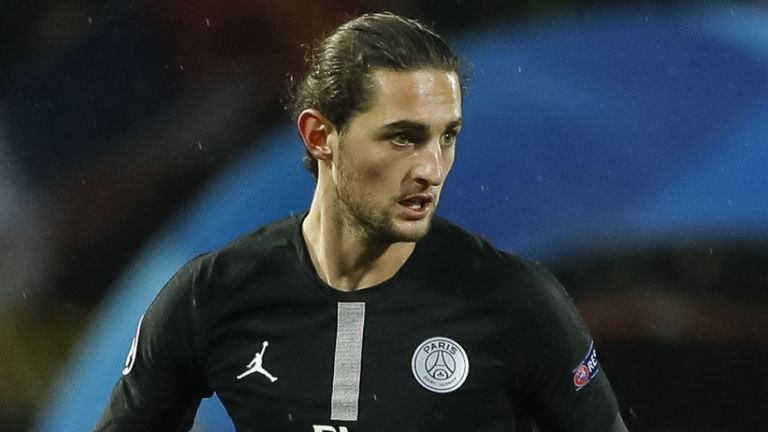