Real Madrid vice-captain Marcelo says he does not see any reason why Cristiano Ronaldo and Neymar cannot play together for Madrid, while saying that president Florentino Perez has the final say on everything that happens at the club.

According to reports this week, Ronaldo has made an “irreversible” decision to leave the club, while Paris Saint-Germian attacker Neymar continues to be linked with a move to the European champions.


“Cristiano is not the owner of Real Madrid,” Madrid left-back and Neymar’s Brazil teammate Marcelo told a news conference. “If the president wants to sign omeone, the president will sign him. But why can’t Neymar come and Cristiano stay?

“The dressing-room all wants Cristiano to stay. And Real Madrid’s doors are always open for Neymar. Madrid must always look for the best players. One day Neymar will play for Real Madrid.”

Ronaldo appears ready on trying to force an exit from the club this summer, although sources told claimed that a new improved contract could resolve the situation.

Perez is reportedly more interested in pushing forward a €350 million deal to sign Neymar, and a meeting between club officials and Ronaldo’s agents this week did not bring any progress.


Marcelo also said that five-time Ballon d’Or winner Ronaldo was in line to take the trophy again for 2018, while Neymar would win it for sure in future as he would “be as good as Cristiano” over time.

“I’ve never understood the Ballon d’Or criteria,” he said. “I don’t know if it is for trophies, the season, the quality of the player. It just depends who gets the most votes.

“For me Cristiano is the best at the moment and Neymar, for sure, will be as good as Cristiano.”

The latest speculation over Ronaldo’s future was started by Madrid’s all-time record goalscorer talking about his time at the club.

“I don’t know why Cristiano made these comments, but sometimes you should count to ten first only you don’t,” Figo said. “Just after winning was not the best moment.


“Madrid are the best club in the world, and he should end his career here, but sometimes what happens does not depend just on what you want yourself. It depends on other factors, that those outside do not know.”

Mohamed Salah hits back at Sergio Ramos over injection claims

Sat Jun 9 , 2018
Liverpool forward Mohamed Salah has laughed off Sergio Ramos’s claims that he could have continued playing in the Champions League final, insisting that leaving the field that night was the worst moment of his career. Salah left the pitch in tears last month after tangling with Ramos in the first […] 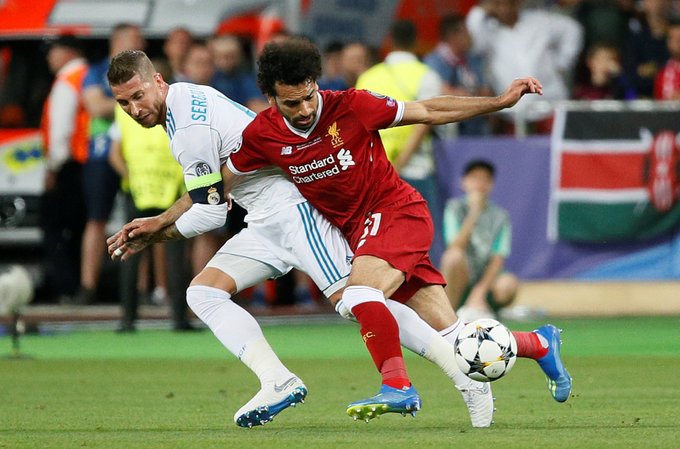