Los Blancos have been heavily linked with the Brazil international since he joined PSG from Barcelona for a world record fee of £200m 12 months ago.


Neymar has made no secret of his desire to play for Real and the Spaniards view him as a long-term replacement for their superstar Cristiano Ronaldo .

TVE claimed on Monday that Real Madrid had bid €310m for Neymar with the belief that PSG need to raise funds to meet the rules of FFP.

The Spanish TV station even claimed Neymar had been offered a seven-year contract that would see him earn around £35m-a-year at the club.

However, Madrid have denied those claims.

‘Given the information issued tonight by TVE on a supposed offer of Real Madrid to PSG and player Neymar, Real Madrid CF said that this information is outright false. Real Madrid has not made any kind of offer to PSG or the player,’ a statement read on Madrid’s website.

Tue Jul 3 , 2018
Aleksandr Golovin is in talks with Chelsea over a transfer to Stamford Bridge, the midfielder’s mother has confirmed. Chelsea are reportedly closing in on a £27million move for Golovin, who has been key for Russia at the World Cup. Golovin helped Russia cause a huge upset against Spain in the […] 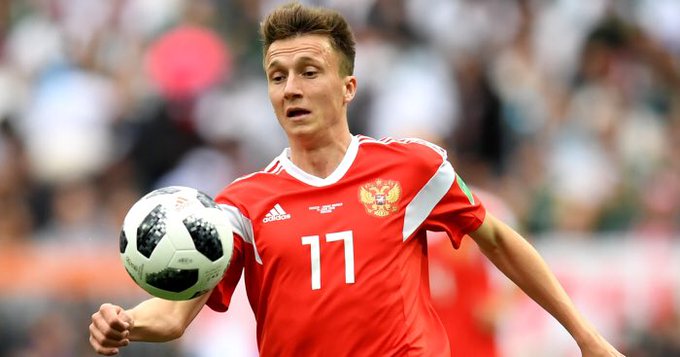