Chelsea’s wide forward Willian brushed off reports that he might be leaving the club after securing an important three points against Newcastle United on Saturday.

The Brazil international curled home what proved to be Chelsea’s winner at Stamford Bridge against Newcastle.


Certain reports have suggested that Willian is unhappy in west London and looking for a way out of the club he has joined since 2013.

Barcelona has been rumoured as a possible destination, with Blaugrana flop Malcom rumoured to be part of a possible deal to take the player to Spain.

When asked about Barcelona reports, Willian said:
“My future is Chelsea, I don’t know what you’re talking about,” he fired to BT Sport when quizzed on his transfer situation.

Fellow goalscorer Pedro also chimed in, saying to his team-mate “your future is here”.


Chelsea head coach Maurizio Sarri added his voice to those playing down the transfer rumours.

“Willian is very important for us. He is a great player. I think that he has to stay with us,” the Italian stated.

Prior to Saturday’s game, Sarri had also moved to pour cold water on a potential Willian-Malcom swap.

“I think he can do better, because the potential is higher, but he’s very important for us, so I think it’s impossible to lose him in January,” he explained.


“I didn’t receive anything [about Willian] yesterday [Thursday]. You’ll have to ask the club and ask about the market, because if you ask me about the market you put me in trouble, because I don’t know.”

Sat Jan 12 , 2019
Fabinho has no regrets at signing for Liverpool in 2018 and has accused Paris Saint-Germain of dirty tactics in sparking transfer speculation. The versatile Brazilian was signed from Monaco by Jurgen Klopp last summer amid plenty of rival interest. It has not been the easiest of adjustment periods for the […] 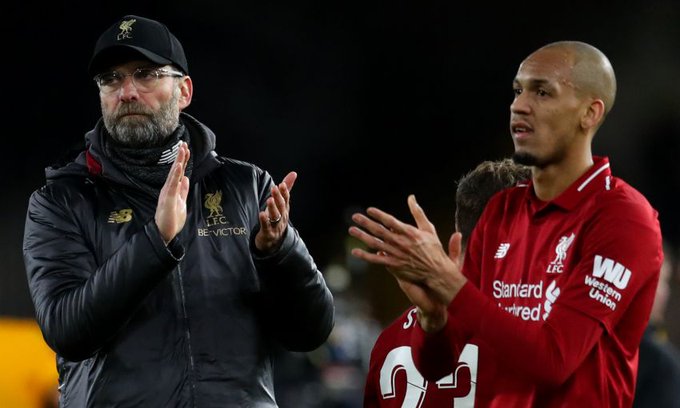