Willian has missed pre-season training with Chelsea after Real Madrid reportedly submitted a £65 million offer for the Brazilian.

The 29-year-old has been on holiday after Brazil’s World Cup run and was due to return back to Chelsea’s training ground on Friday.

But according to The Times , Willian has failed to report back and has blamed his absence on a passport issue.


The report claims that not everyone at Chelsea believes Willian’s explanation, although a source close to the Brazil international claims he will be back this week.

Chelsea have already rejected two bids from Barcelona for Willian this summer, while Madrid are also in the market for a wing forward after Cristiano Ronaldo’s transfer to Juventus.

Last week, there were reports in Spain that Chelsea had even lowered Willian’s £70m asking price to Barcelona after they discovered that the Spanish champions were making a move for Malcom.

Chelsea are due to travel to Dublin on Tuesday ahead of their clash with Arsenal on Wednesday.


Maurizio Sarri’s side will then face Manchester City in the Community Shield on Sunday before playing their last pre-season game at home to Lyon next Tuesday.

Sarri has insisted that he wants to keep Willian at the club and said last week he is ‘confident’ that the wide forward will remain at Chelsea.

Willian fell out with Antonio Conte towards the end of last campaign and even erased the Italian from a team celebration photo after Chelsea’s FA Cup win over Manchester United.

Tue Jul 31 , 2018
Chelsea have enquired about the possibility of signing Real Madrid midfielder Mateo Kovacic as an alternative to Arsenal’s Aaron Ramsey. Sportsmail revealed last week that Chelsea are prepared to make a deadline bid for Ramsey , who is likely to cost around £30million. The midfielder is in talks with Arsenal […] 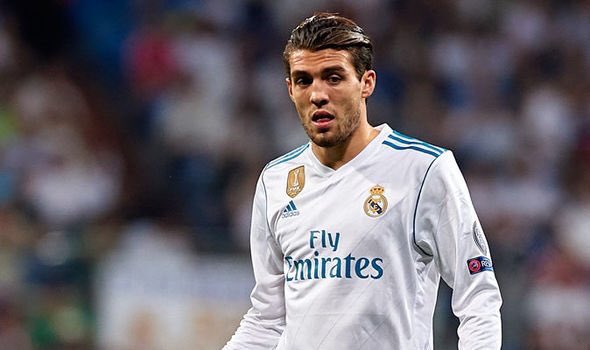